Richard Wagner and the Centrality of Love 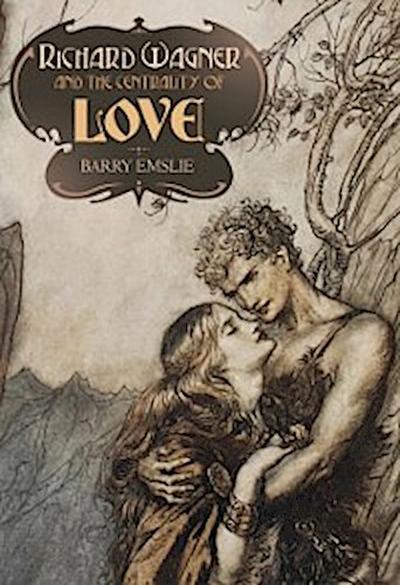 Emslie's study of Wagner's creativity examines the centrality of love - and its obverse, hate - to the composer's world view.
Richard Wagner and the Centrality of Love is a bold book which argues that Wagner's music dramas cannot be understood if treated separately from his essays, his life, the intellectual and artistic climate of his day, and the broader history of Germany. Wagner attempts a range of reconciliations that are radical in content and form and appear to succeed partly because he is in well-nigh complete command of the aesthetic product; not only text and music, but also production practice. Nonetheless, all the reconciliations ultimately break down, but in a manner that is illuminating. This is not a celebration of the seamless work of art, but a radical unpicking of the seemingly seamless.
'Love' is the central organising concept of the whole Wagnerian project. Love - sexual and spiritual, egotistical and charitable, love of the individual and of the race - is the key Wagnerian driving force. And therefore so is hate. Of course Wagner cannot employ love without its opposite, and it is critically significant that his anti-semitism is based upon his view that the Jews are 'loveless'. The book handles Wagner's anti-semitism (andthe ongoing row about it) in a unique way, in that it is shown to be aesthetically and intellectually productive (for him!). This leads to a radical reinterpretation of Wagner's music dramas.

BARRY EMSLIE is an independent scholar who lives and teaches in Berlin.

Introduction or the Uses of Love

Sensuality and spirituality in the early music dramas

Music and the eternal feminine (a) Music, philosophy and religion (b) Art and the woman

The Ring of the Nibelung (a) Contradiction, disorder and musical language (i) Plot (ii) Meaning (iii) Theory (b) The Pagan Ring (i) Pantheism (ii) Incest

The Mastersingers of Nuremberg (a) Words and Music Again (b) Language and Volk (c) Love, hate and anti-semitism

Parsifal (a) Kundry (b) The Grail