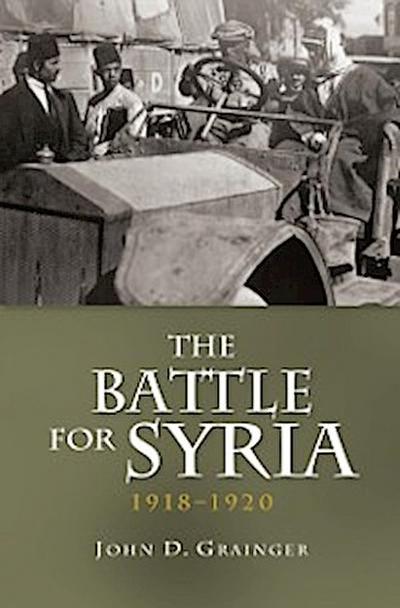 Relates how the British, aided by Arab insurgents and the French, defeated the Turks, although not without difficulty, and captured northern Palestine and most of Syria.
This book charts the continuing war between Britain and France on the one side and the Turkish Empire on the other following the British capture of Jerusalem in 1917. It outlines how the British prepared for their advance, bringing in Indian and Australian troops; how the Turks were defeated at the great Battle of Megiddo in September 1918; and how Damascus fell, the Australians and the Arab army, which had harassed the Turks in the desert, arriving almostsimultaneously. It goes on to relate how the French arrived, late, to take over territory allocated to them in the Sykes-Picot Agreement of 1915, territory which included both Syria and Lebanon; how influenza had a severely detrimental impact on the allied advance; and how the Turks regrouped, successfully, north of Aleppo, and prevented further allied advance. The book also discusses the peace negotiations which followed the armistice, examining how nationalist aspirations were thwarted, how the French imperial grip on Syria was gradually strengthened, and how the Arab leader, Faisal, ousted from Syria, was provided with a kingdom by the British in Iraq. At a time when new turmoil in Syria is again in the headlines, this study provides exceptionally timely information on how Syria was fought over and shaped as rule over the country by the Turkish Empire was ended.


John D. Grainger is the authorof numerous books for a variety of publishers, including five previously published books for Boydell and Brewer, including
The Battle for Palestine, 1917 and
Dictionary of British Naval Battles.

Problems with the Army