The Book of Isaiah: Personal Impressions of Isaiah Berlin 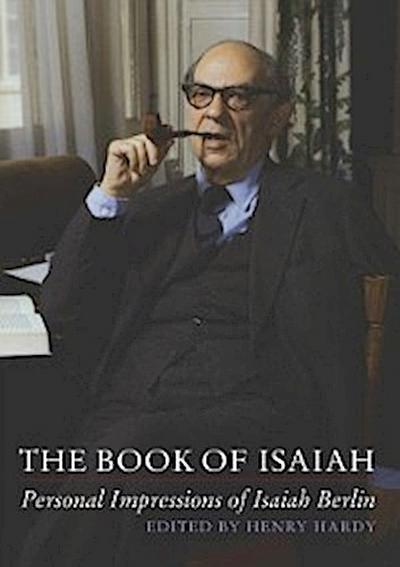 This collection of pen-portraits of the renowned public intellectual Isaiah Berlin, published to mark the centenary of his birth, brings him vividly to life from many vantage-points: essential reading for all who seek to understand the full range of his impact.
Isaiah Berlin was born a century ago. One of the most celebrated British thinkers of the twentieth century, he was a tireless champion of freedom and diversity against control and conformity. His generous, open vision of life is displayed with special immediacy in his brilliant pen-portraits of contemporaries, Personal Impressions, in which he sees the point of radically differing personalities, enters into their distinctive outlooks, and describes his encounters with them, in arrestingly idiosyncratic prose.


The Book of Isaiah turns the tables on Berlin, offering a series of personal impressions of him and his ideas by a range of people who knew him, or have been affected by his work. This multi-faceted testimony enriches and supplements Michael Ignatieff's celebrated authorised biography. The volume includes tributes written when Berlin died, essays specially commissioned from friends and fromstudents of his work, and a previously unpublished family memoir by Berlin's father, which preserves for his son, and for posterity, the story of his Hasidic forebears, and of the many relatives murdered by the Nazis. The result is a collection indispensable both for existing enthusiasts and for those who are curious to learn about Berlin's unique, compelling appeal.

HENRY HARDY is a Fellow of Wolfson College, Oxford, and one of Isaiah Berlin's Literary Trustees.

Isaiah As I Knew Him - Bryan Magee

So Much There - Anthony Quinton

Run Over by Isaiah - Peter Oppenheimer

In the President's Office - Serena Moore

Tea at the Athenaeum - Joseph Brodsky

One of the Giants of the Twentieth Century - Beata Polanowska-Sygulska

The Day After - G A Cohen

Berlin in Autumn: The Philosopher in Old Age - Michael Ignatieff

When a Sage Dies, All Are His Kin - Leon Wieseltier

The Value of the Personal - Joshua Cherniss

Isaiah Berlin on Himself - Jennifer Holmes

The Berlin Papers in the Bodleian Library - Michael Hughes

For the Benefit of My Son - Mendel Berlin