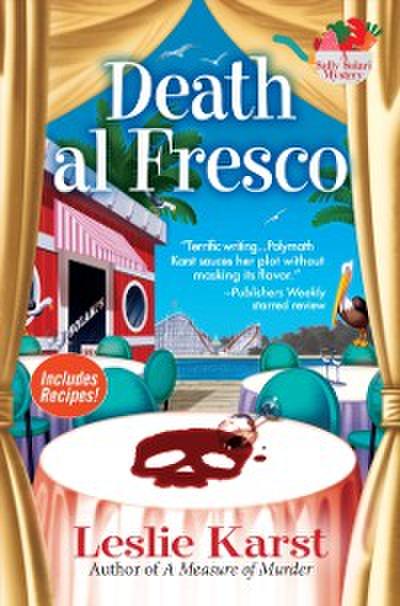 It’s early autumn in Santa Cruz and restaurateur Sally Solari decides an open-air painting class is the perfect way for her to learn more about Paul Gauguin, the inspiration for the restaurant she has recently inherited. But the beauty of the Monterey Bay coastline is shattered when Sally’s dog Buster sniffs out a corpse tangled up in kelp.

The body is identified as Gino, a local fisherman and a regular at Solaris’ until he disappeared after dining there a few nights before. Witnesses claim he left reeling drunk, but his waitress swears the old man only had two beers with is meal. And then the fingers begin to point at Sally’s dad for negligently allowing an inebriated customer to walk home alone at night.

From a long menu of suspects, including a cast of colorful characters who frequent the historic Santa Cruz fisherman’s wharf, Sally must serve up the tall order of clearing her father’s name in Death al Fresco, Leslie Karst’s third delectable Sally Solari mystery.