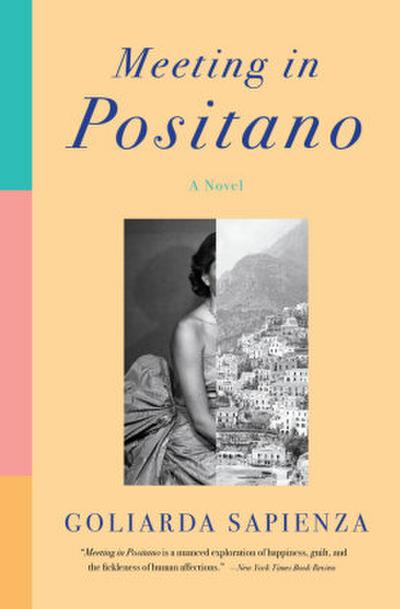 Goliarda Sapienza was born in Catania, Italy in 1924. She moved to Rome at the age of 16 to study at the Academy of Dramatic Arts, followed by a career as an actress in both films and the theater. She wrote several novels, including The Art of Joy, which remained unpublished until after her death.

Brian Robert Moore is a literary translator who previously worked as foreign fiction editor of the Italian publishing house Chiarelettere in Milan. He won the 2021 PEN Grant for the English Translation of Italian Literature, and his translations have appeared in publications such as 3:AM Magazine, The Arkansas International, and Asymptote.
BUSTLE BEST BOOK OF THE WEEK PICK
NAMED A BOOKSHOP.ORG RECOMMENDED READING OF THE SEASON

In this charming, deeply atmospheric novel set against the Amalfi Coast of the 1950s, two women form an intense and lasting friendship that embodies the paradoxes of Italian society.

Inspired by her own adventurous, unconventional life, actress and writer Goliarda Sapienza s recently rediscovered novel takes the reader to the sun-drenched town of Positano in southern Italy. There, while working on a film, Goliarda encounters the captivating Erica, a beautiful widow called Princess by the locals, who has been the object of much speculation. As the two women grow closer in spite of their different personalities, they gradually reveal more about their thoughts, feelings, and experiences, and the ghosts from their pasts that continue to hang over them.

Writing the story of their transformative friendship thirty years later, Goliarda offers a profound reflection on love in its many forms, and opens a window onto an enchanting time and place that lingers in the mind. And this unlikely bond, forged between a leftist idealist and a traditional aristocrat, acts as a microcosm of Italy, illuminating its complex, competing impulses.