Zabor, or The Psalms 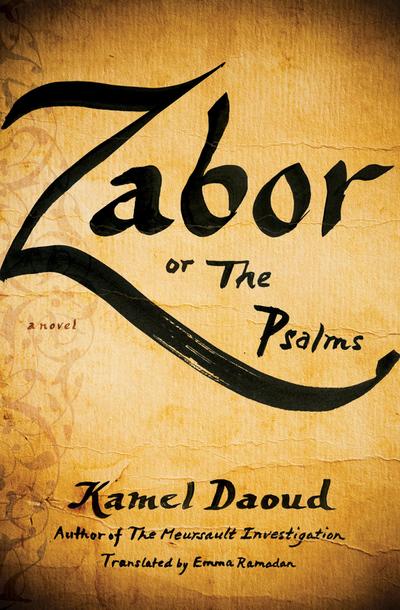 Kamel Daoud is an Algerian journalist based in Oran, where he writes for the Quotidien d Oran the third largest French-language Algerian newspaper. He contributes a weekly column to Le Point, and his articles have appeared in the New York Times, Libération, Le Monde, and Courrier International, among others. His debut novel, The Meursault Investigation (Other Press, 2015), was a finalist for the Prix Goncourt and winner of the Prix François Mauriac and the Prix des cinq continents de la Francophonie. It was named a best book of the year by the New York Times, Time Magazine, Financial Times, and Publishers Weekly.

Emma Ramadan is a literary translator based in Providence, Rhode Island, where she co-owns Riffraff bookstore and bar. She is the recipient of an NEA Translation Fellowship, a PEN/Heim Translation Fund grant, a Fulbright, and the 2018 Albertine Prize. Her translations include Sphinx and Not One Day by Anne Garréta, Pretty Things by Virginie Despentes, The Shutters by Ahmed Bouanani, and Me & Other Writing by Marguerite Duras.
A fable, parable, and confession, the second novel from the acclaimed author of The Meursault Investigation pays homage to the essential need for fiction and to the freedom from tradition afforded by an adopted language.

Having lost his mother and been shunned by his father, Zabor grows up in the company of books, which teach him a new language. Ever since he can remember, he has been convinced that he has a gift: if he writes, he will stave off death; those captured in the sentences of his notebooks will live longer. Like a kind of inverted Scheherazade saving his fellow men, he experiments night after night with the delirious power of the imagination.

Then, one night, his estranged half brother and the other relatives who would disown him come knocking at the door: his father is going to die and perhaps only Zabor is capable of delaying that fateful moment. Sitting next to the father who has ostracized him, the son writes compulsively, retracing an existence characterized by strangeness, abandonment, and humiliation, but also by wondrous encounters with fictional worlds that he alone in the entire village can access.