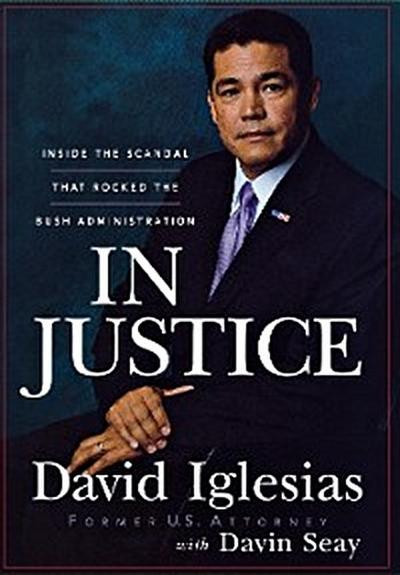 The Bush administration's drive to politicize the Justice Department reached a new low with the wrongful firing of seven U.S. Attorneys in late 2006. Their action has ignited public outrage on a scale that far surpassed the reaction to any of the Bush administration's other political debacles. David Iglesias was one of those federal prosecutors, and now he tells his story.

Iglesias has long served in the Navy as part of the JAG corps. One of his earliest cases, about an assaulted Marine in Guantanamo Bay, became the basis for the movie A Few Good Men. When Bush chose him to become the U.S. Attorney for New Mexico, it was a dream come true. He was a core member of Karl Rove's idealized Republican Party of the future -- handsome, Hispanic, evangelical, and a military veteran. The dream came to an abrupt end when Senator Pete Domenici improperly called Iglesias, wanting him to indict high-level Democrats before the 2006 elections. When Iglesias refused, the line went dead. Iglesias was fired just weeks later. First, he was devastated. Then, he was angry. Now, he is speaking out.

Iglesias recounts his interactions with Bush, Rove, Alberto Gonzales, and other key players as he takes readers into his time at the Justice Department to reveal what top Republican officials said and did, and how they subverted justice.