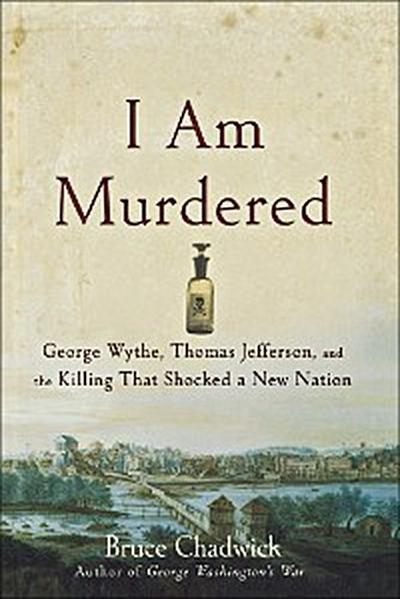 "A good story, well told, of a sliver of life in Richmond, a small, elite-driven capital city in the young nation's most influential state."
—Publishers Weekly

George Wythe clung to the mahogany banister as he inched down the staircase of his comfortable Richmond, Virginia, home. Doubled over in agony, he stumbled to the kitchen in search of help. There he found his maid, Lydia Broadnax, and his young protegé, Michael Brown, who were also writhing in distress. Hours later, when help arrived, Wythe was quick to tell anyone who would listen, "I am murdered." Over the next two weeks, as Wythe suffered a long and painful death, insults would be added to his mortal injury.

I Am Murdered tells the bizarre true story of Wythe's death and the subsequent trial of his grandnephew and namesake, George Wythe Sweeney, for the crime—unquestionably the most sensational and talked-about court case of the era. Hinging on hit-and-miss forensics, the unreliability of medical autopsies, the prevalence of poisoning, race relations, slavery, and the law, Sweeney's trial serves as a window into early nineteenth-century America. Its particular focus is on Richmond, part elegant state capital and part chaotic boomtown riddled with vice, opportunism, and crime.

As Wythe lay dying, his doctors insisted that he had not been poisoned, and Sweeney had the nerve to beg him for bail money. In I Am Murdered, this signer of the Declaration of Independence, mentor to Thomas Jefferson, and "Father of American Jurisprudence" finally gets the justice he deserved.