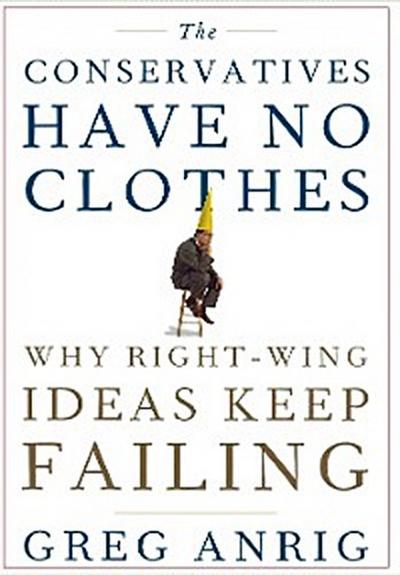 The Conservatives Have No Clothes

"Ending the conservative era requires organizing, yes, but also hard thinking and shrewd analysis. When progressives of the future look back at how they triumphed, one of the people they'll thank is Greg Anrig. Drawing inspiration from the work of the early neoconservatives who demolished public support for liberal programs, Anrig casts a sharp eye on conservative ideas and nostrums and shows that many of them simply don't work because they are rooted more in ideological dreams than in reality. Facts are stubborn things, Ronald Reagan once said, and Anrig makes good use of them in this important and engaging book."-E. J. Dionne, syndicated columnist and author of Why Americans Hate Politics
"Greg Anrig's wide-ranging and perceptive book looks beyond the ideology of the right and offers a persuasive account of the many policy failures that have emerged out of the conservative movement. Anrig has put the Bush administration and the right to a test that they themselves have carefully avoided. He has held them accountable not for their ideas, but for their performance."-Alan Brinkley, Allan Nevins Professor of History, Columbia University
"In this well-researched and witty book, Anrig critiques 'right-wing ideas' by examining what the policies and programs that embodied them have wrought over the last three decades.While giving several conservative ideas their due, he finds their record to be mixed at best."-John J. DiIulio Jr., political science professor and first director of the White House Office of Faith-Based and Community Initiatives
"With fastidious research and unimpeachable facts, Greg Anrig establishes the sound proposition that competent governance is incompatible with disbelief in government. The odd combination of the religious right dictating personal morality, 'neoconservatism' preaching unilateral interventionism, and radical libertarian tax cuts have cast our Republic adrift from its moorings. Restoration of common sense to government is long overdue."-Gary Hart, Former United States Senator