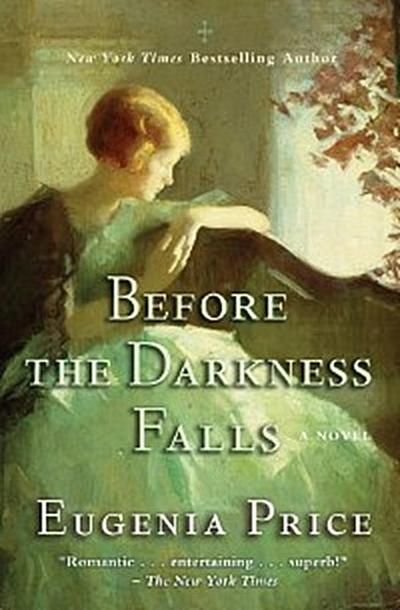 Before the Darkness Falls

Continuing the saga of the New York Times bestselling Savannah and To See Your Face Again, Eugenia Price, one of the world’s most beloved storytellers, weaves a gloriously moving tale of the Old South—of destinies bound by the rumblings of war—and passion freed by the power of love.


Georgia, 1842. In this grand and passionate era of American history, forged by the dreams of extraordinary men and women, the McKay, Browning, and Stiles families find themselves experiencing love, hardship, and pain in the great Southern city of Savannah. The willful Natalie Browning Latimer’s newfound marital bliss has been threatened by a shattering loss, while the ambitious W. H. Stiles becomes wrapped up in a daring political trail that leads his family into the turmoil of Western Europe. Natalie’s brother Jonathan Browning shocks the family by dropping out of Yale to be with the one woman who could never be welcomed into Savannah society. As the families struggle to maintain their deep love for one another, the South struggles to justify its connection to the Union and moves toward succession.

“A charming and engaging picture of life in the South.” —Atlanta Journal Constitution

“Eugenia Price is a name spoken with affection by millions of readers.” —Publishers Weekly

Eugenia Price (1916-1996) was a New York Times bestselling author of 39 books, with over 40 million copies sold. She is best known for her historical romantic antebellum novels.