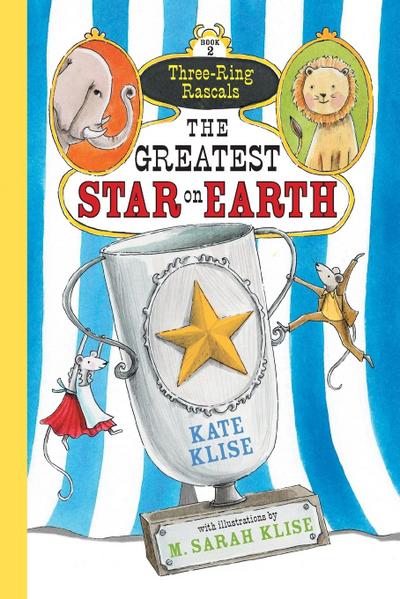 The rascals from the world's friendliest family circus are back in the second installment of this "smafunderful"* fully illustrated series.Everyone knows Sir Sidney's Circus is the best in the world. But who's the star of the show? The Circus Times is having a contest to find out. Just thinking about it gives Sir Sidney a worrywart, and it's quickly clear why. Soon after he goes off to rest, the performers start thinking too much about winning the trophy and not enough about putting on a good show. Meanwhile, it looks as if ringmaster-in-training Barnabas Brambles might need some help managing the crew, so Bert and Gert, the sly brother-and-sister mice who travel with the show, set out to write a book to teach him how it's done.Does Bert and Gert's plan work? And who is the star of the circus? All will be revealed in The Greatest Star on Earth.*Kirkus Reviews