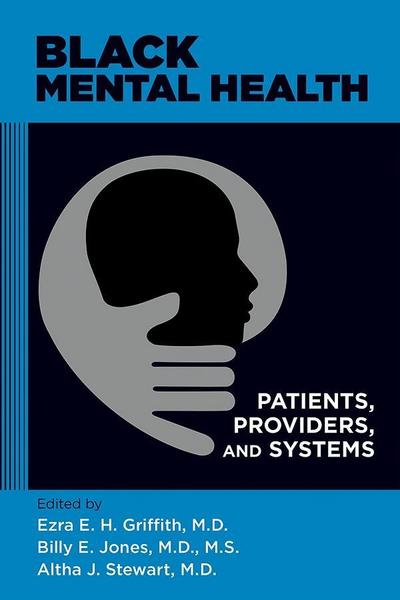 The experiences of both black patients and the black mental health professionals who serve them are analyzed against the backdrop of the cultural, societal, and professional forces that have shaped their place in this specialized health care arena.

Novel in its approach and unique in its scope, Black Mental Health: Patients, Providers, and Systems examines the role of African Americans within American psychiatric health care from distinct but interconnected perspectives. The experiences of both black patients and the black mental health professionals who serve them are analyzed against the backdrop of the cultural, societal, and professional forces that have shaped their place in this specialized health care arena.

The volume opens with the singular, first-person accounts of five senior black psychiatrists -- including Dr. Altha J. Stewart, president of the American Psychiatric Association -- who describe their individual journeys to the top of their field, not shying away from discussing the racism and discrimination that have challenged their paths to leadership.

The book's second part focuses on the complexities of and opportunities for delivering mental health care to various subsets of the African American population, including children, women, elderly patients, and LGBTQ individuals. System design strategies, biological therapies, and church-based mental health promotion initiatives are all considered as methods for reducing racial and ethnic disparities in access to effective treatment.

Part III examines the training of black mental health professionals and their representation in psychiatry, particularly in the face of discrimination and implicit bias. A chapter on historically black colleges and universities discusses the importance of their role in the delivery of psychiatric services and research development for African Americans. The fourth part builds on this discussion, addressing research that is relevant to the care of the black population.

A concluding chapter highlights the key themes that emerged from each of the previous four parts, providing a holistic view of the place of black patients and providers in American psychiatry.

With its blend of scholarship, clinical insight, and training analysis, Black Mental Health is compulsory reading both for trainees -- as care delivery to minority groups is of ever greater importance -- and practicing clinicians, who will glean useful information from the chapters on research advances and treatment modalities. Additionally, policy makers, educators, and historians, among others, will gain a better understanding of the challenges and necessity of developing integrated approaches to the care of nondominant groups.