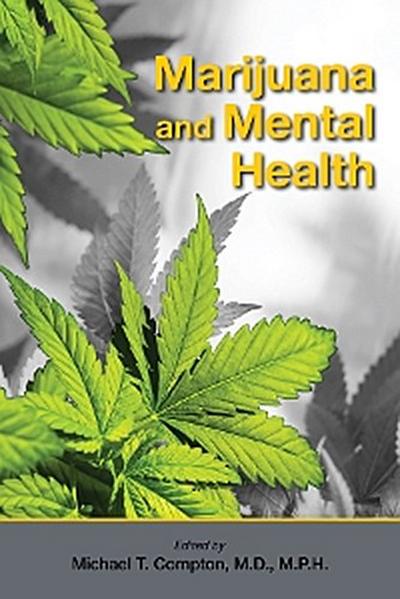 This book provides an academic foundation for further study while also informing clinical mental health practice as well as policy decisions by articulating the connection between marijuana and mental health, particularly in the United States.

Even while many states have passed legislation pertaining to "medical marijuana" and others have decriminalized or even legalized recreational use, a debate continues within society as to whether marijuana is simply a harmless substance that should be fully legalized, a possibly beneficial treatment for patients with certain illnesses, or a drug with the potential to worsen addiction and cause mental health problems. The controversy persists in the medical community as well, where accumulating evidence implicates marijuana use, especially in adolescence, as a risk factor for poor educational achievement and substance use disorders, as well as schizophrenia and related psychotic disorders -- all of which complicates the heated discourse on legalization.

Relatable clinical vignettes that contextualize these issues and illustrate the clinical applicability of the content, as well as key chapter points that emphasize major takeaways, make Marijuana and Mental Health the authoritative reference for clinical and research psychiatrists, psychiatric residents and fellows, clinical psychologists, and psychiatric nurses.