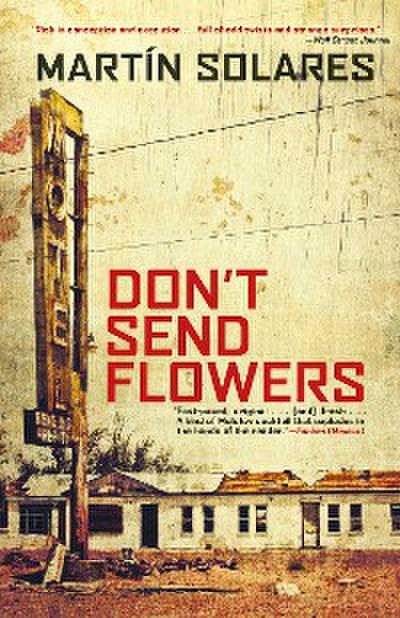 From a writer whose work has been praised by Junot Díaz as 'Latin American fiction at its pulpy phantasmagorical finest,' Don't Send Flowers is a riveting novel centred on Carlos Treviño, a retired police detective in northern Mexico who has to go up against the corruption and widespread violence that caused him to leave the force, when he's hired by a wealthy businessman to find his missing daughter.

A seventeen-year-old girl has disappeared after a fight with her boyfriend that was interrupted by armed men, leaving the boyfriend on life support and the girl an apparent kidnap victim. It's a common occurrence in the region-prime narco territory-but the girl's parents are rich and powerful, and determined to find their daughter at any cost. When they call upon Carlos Treviño, he tracks the missing heiress north to the town of La Eternidad, on the Gulf of Mexico not far from the U.S. border-all while constantly attempting to evade detection by La Eternidad's chief of police, Commander Margarito Gonzalez, who is in the pockets of the cartels and has a score to settle with Treviño.

A gritty tale of murder and kidnapping, crooked cops and violent gang disputes, Don't Send Flowers is an engrossing portrait of contemporary Mexico from one of its most original voices.