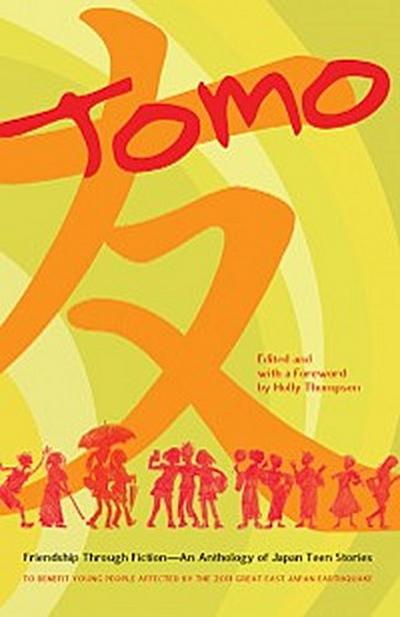 One year after the tsunami, this benefit fiction anthology helps teens learn about Japan and contribute to long-term relief efforts.

This aptly named fiction anthology—tomo means “friend” in Japanese—is a true labor of friendship to benefit teens in Japan whose lives were upended by the violent earthquake and tsunami of March 11, 2011. Authors from Japan and around the world have contributed works of fiction set in or related to Japan. Young adult English-language readers will be able to connect with their Japanese counterparts through stories of contemporary Japanese teens, ninja and yokai teens, folklore teens, mixed-heritage teens, and non-Japanese teens who call Japan home. Tales of friendship, mystery, love, ghosts, magic, science fiction, and history will propel readers to Japan past and present and to Japanese universes abroad.

Through understanding comes compassion and the desire to help; portions of the proceeds of Tomo will be donated to ongoing relief efforts for teens in Japan.

Holly Thompson is a longtime writing teacher and resident of Japan and author of the young adult verse novel Orchards, which was nominated for a 2012 YALSA/ALA Best Fiction for Young Adults award. She serves as the regional advisor for the Tokyo chapter of the Society of Children’s Book Writers and Illustrators.