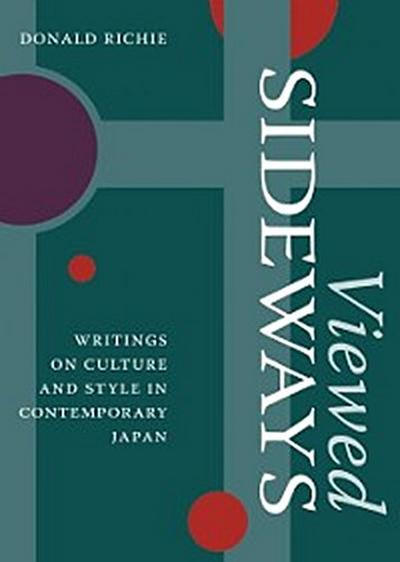 In this new collection, Richie once again demonstrates his mastery of the essay and his deep knowledge about Japan.

"An indispensable guide to Japanese cinema and culture." —Library Journal

"Viewed any which way, Japan through the eyes of Donald Richie is an interesting and rewarding place to read about. This is...yet another reminder that he is a master of the short essay and a thought-provoking guide to his subject." —Jeff Kingston, The Japan Times

This definitive new collection of essays by the writer Time calls "the dean of arts critics in Japan" ranges from Kyogen drama to the sex shows of Shinjuku, from film and Buddhism to Butoh and retro rock 'n' roll, from wasei eigo (Japanese/English) to mizushobai, the fine art of pleasing. Spanning some fifty years, these thirty-seven essays—most never anthologized before—offer cross-sections of Japan's enormous cultural power. They reflect the unique perspective of a man attempting to understand his adopted home.

The writings of Donald Richie—film critic, reviewer, novelist, and essayist—have influenced generations of Japan observers around the world.

I
Intimacy and Distance: On Being a Foreigner in Japan
Japan: A Description
Japanese Shapes
Japanese Rhythms
Japan: Half a Century of Change
The Nourishing Void
The Coming Collapse of Cultural Internationalization
Interpretations of Japan
Crossing the Border

II
The Japanese Way of Seeing
Japan and the Image Industry
Traditional Japanese Design
Signs and Symbols
The Tongue of Fashion
Japan the Incongruous
Pink Box: Inside Japanese Sex Clubs

V
Wasei Eigo: A Beginner’s Guide
Mizushobai: The Art of Pleasing
Car Culture
The Window and the Mirror: Some Thoughts on International Culture
An Alternate Way of Thought
Foreign Thoughts on Watching the Passing of a Matsuri Procession
My View