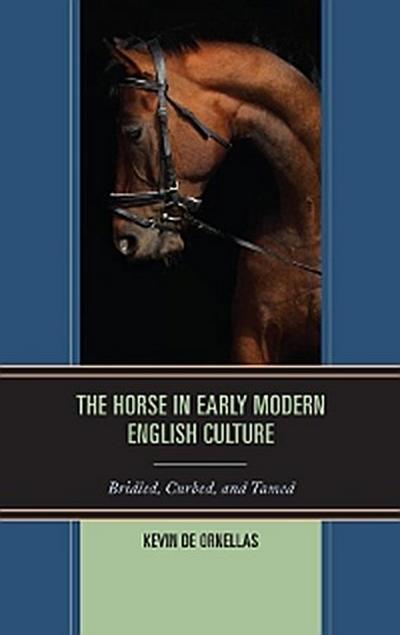 This book digs deep into English Renaissance culture to interrogate representations of horses in the period: it is argues that, ultimately, the horse was a byword for the subjugated and repressed: to be metaphorically like a horse in early modern England is to be bridled, tamed, and curbed.

Kevin De Ornellas argues that in Renaissance England the relationship between horse and rider works as an unambiguous symbol of domination by the strong over the weak. There was little sentimental concern for animal welfare, leading to the routine abuse of the material animal. This unproblematic, practical exploitation of the horse led to the currency of the horse/rider relationship as a trope or symbol of exploitation in the literature of the period. Engaging with fiction, plays, poems, and non-fictional prose works of late Tudor and early Stuart England, De Ornellas demonstrates that the horse—a bridled, unwilling slave—becomes a yardstick against which the oppression of England’s poor, women, increasingly uninfluential clergyman, and deluded gamblers is measured. The status of the bitted, harnessed horse was a low one in early modern England—to be compared to such a beast is a demonstration of inferiority and subjugation. To think anything else is to be naïve about the realities of horse management in the period and is to be naïve about the realities of the exploitation of horses and other mammals in the present-day world.
Acknowledgments and Preface, i.


Chapter One, “Pricked More with the Spur then the Provender”: Hungry Horses and Woodstock


Chapter Three, Trampling on the Bald Pate: Morocco the Wonder Horse and the Humiliation of St Paul’s


Chapter Four, Laying the World on Your Mare: the Corrupt Horse-Race in Shirley’s Hide Parke


Chapter Five, Constructed Combatants: Political Steeds Before, During, and After the Civil Wars