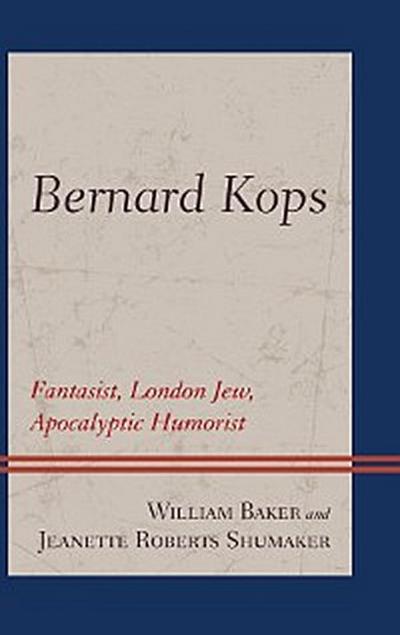 This is the first book-length study on the Anglo-Jewish writer Bernard Kops, who became famous as part of the new wave of British drama with the production of his play The Hamlet of Stepney Green in 1958.
This is the first book-length study of the work of contemporary writer Bernard Kops. Born on November 28, 1926 to Dutch-Jewish immigrants, Bernard Kops became famous after the production of his play The Hamlet of Stepney Green: A Sad Comedy with Some Songs in 1958. This play, like much of his work, focuses on the conflicts between young and old. Identified as an “angry young man,” Kops, like his contemporaries John Osborne, Shelagh Delaney, and Harold Pinter, belonged to the so-called new wave of British drama that emerged in the mid-1950s.
Kops went on to create important documentaries about the Blitz and living in London during the early 1940s. He has written two autobiographies, over ten novels, many journalistic pieces, and more than forty plays for TV, stage, and radio. A prolific poet, Kops has authored a long pamphlet poem and eight poetry collections. Now in his mid-80s, the prolific and versatile Kops still produces, his creativity undimmed by age.
Contents


Chapter One: The Writer’s I


Chapter Two: The Role and Function of Family