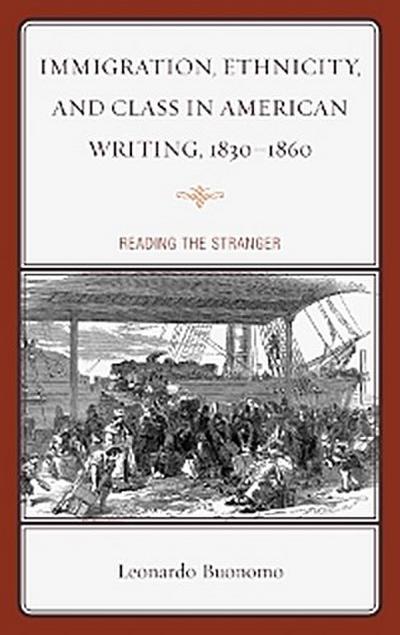 This book examines fiction and nonfiction texts from the period 1830 to 1860 to demonstrate how major and minor American writers constructed their country’s identity by contrasting their own characteristics with those of innumerable immigrants. Confronted with newcomers whose cultural and social background made them appear more alien than their predecessors, American writers reconsidered their nation’s democracy and republicanism, together with its cultural and ethnic heritage, in a context of heated scientific and popular debates about race.
This book examines the close relationship between the portrayal of foreigners and the delineation of culture and identity in antebellum American writing. Both literary and historical in its approach, this study shows how, in a period marked by extensive immigration, heated debates on national and racial traits, during a flowering in American letters, encouraged responses from American authors to outsiders that not only contain precious insights into nineteenth-century America’s self-construction but also serve to illuminate our own time’s multicultural societies. The authors under consideration are alternately canonical (Emerson, Hawthorne, Melville), recently rediscovered (Kirkland), or simply neglected (Arthur). The texts analyzed cover such different genres as diaries, letters, newspapers, manuals, novels, stories, and poems.

Prologue: Eyes on the Stranger


1. Face to Face with the Stranger


1.2. Herman Melville’s Redburn: In the Company of Strangers


3.1. Nathaniel Hawthorne and the Changing Face of America