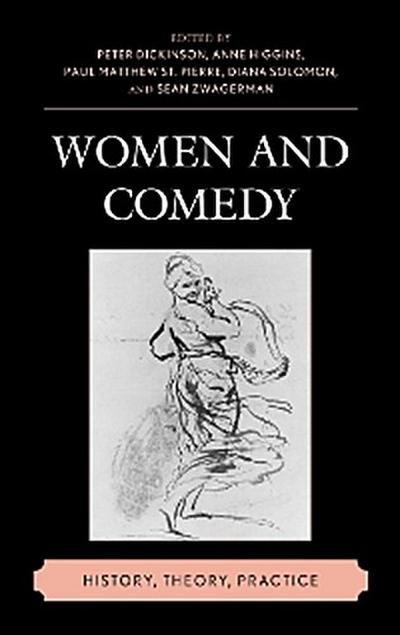 Women and Comedy: History, Theory, Practice brings together leading researchers from Canada, the United States, and Europe in an interdisciplinary collection of essays to chart the future of critical inquiry in gender and comedy studies.
Women and Comedy: History, Theory, Practice presents the most current international scholarship on the complexity and subversive potential of women’s comedic speech, literature, and performance. Earlier comedy theorists such as Freud and Bergson did not envision women as either the agents or audiences of comedy, only as its targets. Only more recently have scholarly studies of comedy begun to recognize and historicize women’s contributions to—and political uses of—comedy. The essays collected here demonstrate the breadth of current scholarship on gender and comedy, spanning centuries of literature and a diversity of methodologies.

Through a reconsideration of literary, theatrical, and mass media texts from the Classical period to the present, Women and Comedy: History, Theory, Practice responds to the historical marginalization and/or trivialization of both women and comedy. The essays collected in this volume assert the importance of recognizing the role of women and comedy in order to understand these texts, their historical contexts, and their possibilities and limits as models for social engagement. In the spirit of comedy itself, these analyses allow for opportunities to challenge and reevaluate the theoretical approaches themselves.


Part I: Histories, Politics and Forms

Comedy in Ancient Greece and Rome: What Was Funny, Whose Humor Was It,


and How Do We Explain the Jokes without Killing Them?

Mary and Her Sisters

Feminist Humor without Women: The Challenge of Reading (in) the Middle Ages

Domestic Manners of the Americans: A Transatlantic Phenomenon

The Business of British Burlesque

The Comic Bodies and Obscene Voices of Burlesque

“I’m Daphne”: On the Comedy of Cross-Dressing and Metamorphosis


in Wilder’s Some Like it Hot, Lubitsch’s I Don’t Want to be a Man,

Biting the Hand that Feeds Her: Patronage and Comedy

Out of the Box: Comedy in Disability Theater by Canadian Women

An American Treasure: The Wit and Wisdom of Ann Coulter


A Cautionary Tale: Ann Coulter and the Failure of Humor


Lesbian Stand-Up Comics and the Politics of Laughter


Layla Siddiqui as Holy Fool in Little Mosque on the Prairie

Postmodernity and the Gendered Uses of Political Satire


Coda: Try This at Home