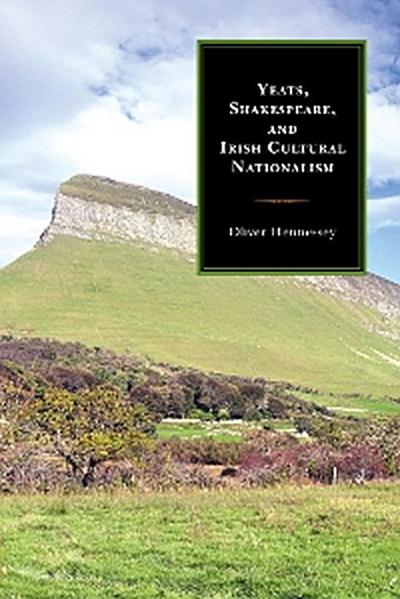 This book identifies three stages of Yeats’s cultural nationalism, each of which appropriates England’s national poet in an idiosyncratic manner, while reflecting contemporary trends in Shakespeare reception. Thus Yeats’s fin-de-siécle Shakespeare is a symbolist poet and folk-artist whose pre-modern sensibility detaches him from contemporary English culture and aligns him with the inhabitants of Ireland’s rural margins. Next, in the opening decade of the twentieth century, following his visit to Stratford to see the Benson history cycle, Yeats’s work for the Irish National Theatre adopts an avant-garde, occultist stagecraft to develop an Irish dramatic repertoire capable of unifying its audience in a shared sense of nationhood. Yeats writes frequently about Shakespeare during this period, locating on the Elizabethan stage the kind of transformational emotional affect he sought to recover in the Abbey Theatre. Finally, as Ireland moves towards political independence, Yeats turns again to Shakespeare to register his disappointment with the social and cultural direction of the nascent Irish state.

In each case, Yeats’s thinking about Shakespeare responds to the remarkable conflation of aesthetic and religious philosophies constituting his cultural nationalism, thus making a unique case of Shakespearean reception. Taken together, Yeats’s writings deracinate Shakespeare, and so contribute significantly to the process by which Shakespeare has come to be seen as a global artist, rather than a specifically English possession.
Contents


Chapter 2: The Birth of a Nation: Shakespeare in the Irish Dramatic Movement