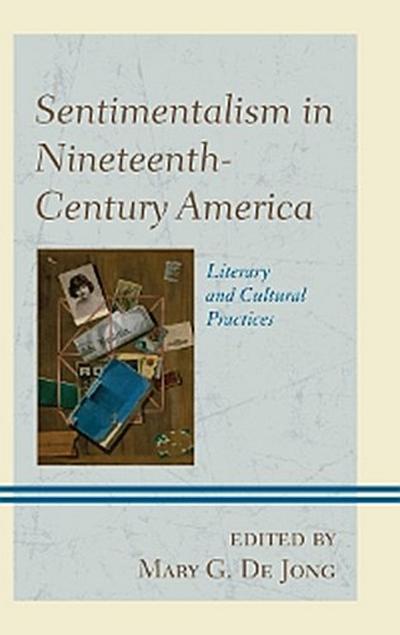 Tracing the eighteenth-century origins of sentimentalism, the collection illustrates its proliferation in nineteenth-century America. Contributors explore motherhood, education, reform, loss and mourning, and the Civil War’s explosion of the faith in universal feelings and ideas on which sentimentalism was based.


Sentimentalism emerged in eighteenth-century Europe as a moral philosophy founded on the belief that individuals are able to form relationships and communities because they can, by an effort of the imagination, understand one another’s feelings. American authors of both sexes who accepted these views cultivated readers’ sympathy with others in order to promote self-improvement, motivate action to relieve suffering, reinforce social unity, and build national identity. Entwined with domesticity and imperialism and finding expression in literature and in public and private rituals, sentimentalism became America’s dominant ideology by the early nineteenth century. Sentimental writings and practices had political uses, some reformist and some repressive. They played major roles in the formation of bourgeois consciousness.


The first new collection of scholarly essays on American sentimentalism since 1999, this volume brings together ten recent studies, eight published here for the first time. The Introduction assesses the current state of sentimentalism studies; the Afterword reflects on sentimentalism as a liberal discourse central to contemporary political thought as well as literary studies. Other contributors, exploring topics characteristic of the field today, examine nineteenth-century authors’ treatments of education, grief, social inequalities, intimate relationships, and community.

This volume has several distinctive features. It illustrates sentimentalism’s appropriation of an array of literary forms (advice literature, personal narrative, and essays on education and urban poverty as well as poetry and the novel) objects (memorial volumes), and cultural practices (communal singing, benevolence). It includes four essays on poetry, less frequently studied than fiction. It identifies internal contradictions that eventually fractured sentimentalism’s viability as a belief system—yet suggests that the protean sentimental mode accommodated itself to revisionary and ironized literary uses, thus persisting long after twentieth-century critics pronounced it a casualty of the Civil War. This collection also offers fresh perspectives on three esteemed authors not usually classified as sentimentalists—Sarah Piatt, Walt Whitman, and Henry James—thus demonstrating that sentimental topics and techniques informed “realism” and “modernism” as they emerged Offering close readings of nineteenth-century American texts and practices, this book demonstrates both the limits of sentimentalism and its wide and lasting influence.


Part Two: The Politics of Sentimentality