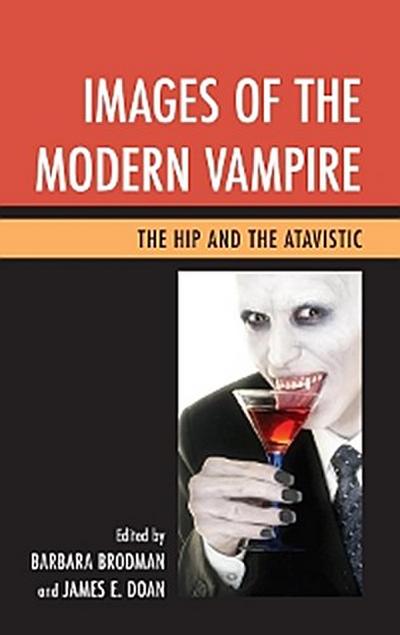 Images of the Modern Vampire

This book examines vampires as an international phenomenon, not restricted to the original folk character, the literary vampire, or twentieth-century film versions. Instead, the authors reshape the legend into a post-modern image that is psychologically and socially relevant while retaining elements of folklore mixed with a hint of science fiction.

In the predecessor to this book, The Universal Vampire: Origins and Evolution of a Legend, Brodman and Doan presented discussions of the development of the vampire in the West from the early Norse draugr figure to the medieval European revenant and ultimately to Dracula, who first appears as a vampire in Anglo-Irish Bram Stoker’s novel, Dracula, published in 1897. The essays in that collection also looked at the non-Western vampire in Native American and Mesoamerican traditions, Asian and Russian vampires in popular culture, and the vampire in contemporary novels, film and television. The essays in this collection continue that multi-cultural and multigeneric discussion by tracing the development of the post-modern vampire, in films ranging from Shadow of a Doubt to Blade, The Wisdom of Crocodiles and Interview with the Vampire; the male and female vampires in the Twilight films, Sookie Stackhouse novels and TrueBlood television series; the vampire in African American women’s fiction, Anne Rice’s novels and in the post-apocalyptic I Am Legend; vampires in Japanese anime; and finally, to bring the volumes full circle, the presentation of a new Irish Dracula play, adapted from the novel and set in 1888.
Acknowledgments

The Vampire in Modern Film

Victoria Williams
1 - Reflecting Dracula: The Un-dead in Alfred Hitchcock’s Shadow of a Doubt
Murray Leeder
2 - “A Species of One”: The Atavistic Vampire from Dracula to The Wisdom of Crocodiles
Melissa Olson
3 - Dracula the Anti-Christ: New Resurrection of an Immortal Prejudice
Simon Bacon
4 - Eat Me! The Morality of Hunger in Vampiric Cuisine

Race, Gender and the Vampire

Donna Mitchell
5 - The Madonna and Child: Re-Evaluating Social Conventions through Anne Rice’s Forgotten Females
Karin Hirmer
6 - Female Empowerment: Buffy and Her Heiresses in Control
Cheyenne Mathews
7 - Lightening “The White Man’s Burden”: Evolution of the Vampire from the Victorian Racialism of Dracula to the New World Order of I Am Legend
Zélie Asava
8 - “You’re Nothing to Me But Another... [White] Vampire”: A Study of the Representation of the Black Vampire in American Mainstream Cinema
Marie-Luise Loeffler
9 - “She Would Be No Man’s Property Ever Again”: Vampirism, Slavery, and Black Female Heroism in Contemporary African American Women’s Fiction

New Readings of the Vampire

About the Contributors
Index