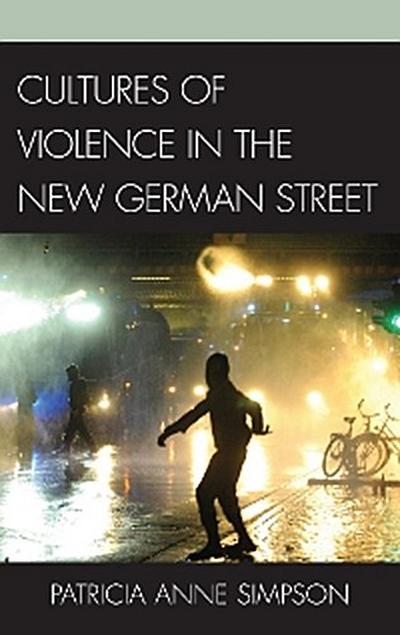 Cultures of Violence in the New German Street

This book examines the street as both a material and ideological space constructed by cultural anxieties and affiliations. The early twenty-first century brought a new cartography of the street that inscribes a narrative of identity and difference, engaging discources of political, economic, and ethnic subjectivities.
In post-Wall Germany, violence—both real and imagined—is increasingly determining the formation of new cultural identities. Patricia Anne Simpson’s book focuses on the representation of violence in three youth subcultures often characterized by aggression as they enact a rivalry for supremacy on the new German “street”—the author’s operative metaphor to situate the cultural discourse about violence. The selected literary texts, films, and music exemplify the urgent need for a sustained debate about violence as an aspect of both social reality and the national imaginary. Simpson’s study discloses the relationship between narratives of violence and issues of immigration, ethnic difference, and poverty. Her lucid readings examine the ways in which violence is grounded in the asphalt of Germany’s new street.

This interdisciplinary study identifies the motivations, decisions, and consequences of violent acts and the stories that convey them. Simpson draws examples from popular genres and subcultures, including punk, hip hop, and skinhead sounds, styles, and politics. With theoretical sophistication and analytical clarity, the author locates the contested territory of the street within larger European contexts of violence while paying careful attention to the particularities of German history. She reveals new insights into the construction of citizenship, masculinity, and contemporary ethics. In addition, Simpson demonstrates the importance of concepts embedded in the representation of violence, including revised definitions of heroism, community, and evolving ideas of fraternity, family, and home.
1 Table of Contents
Chapter 2 Acknowledgments

Chapter 5 Introduction: Cultures of Violence in the New German Street

Chapter 6 Chapter 1: Fighting for the Streets

Chapter 8 Chapter 3: Primal Scenes: Signatures of Violence from the Right

Chapter 11 Chapter 6: Syntax of the Street: New Fraternities and the Concept of Home