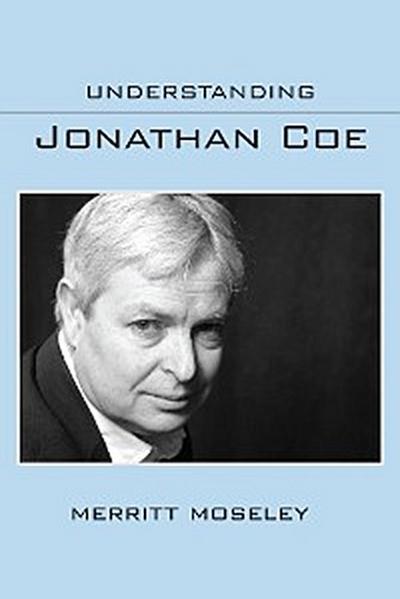 An examination of the life, career, and oeuvre of the British novelist and biographer
In Understanding Jonathan Coe, the first full-length study of the British novelist, Merritt Moseley surveys a writer whose experimental technique has become increasingly well received and critically admired. Coe is the recipient of the John Llewellyn Rhys Prize, the Prix Medicis, the Priz du Meilleur Livre Entranger, the Bollinger Everyman Wodehouse Prizes for Fiction, and the Samuel Johnson Prize for Nonfiction. His oeuvre includes eleven novels and three biographies—two of famous Hollywood actors Humphrey Bogart and Jimmy Stewart and one of English modernist novelist B. S. Johnson.
Following an introductory overview of Coe’s life and career, Moseley examines Coe’s complex engagement with popular culture, his experimental technique, his political satire, and his broad-canvased depictions of British society. Though his first three books, An Accidental Woman, A Touch of Love, and The Dwarves of Death, received little notice upon publication, Moseley shows their strengths as literary works and as precursors. In 1994 Coe gained visibility with What a Carve Up!, which has remained his most admired and discussed novel. He has since published a postmodern take on sleep disorders and university students, The House of Sleep; a two-volume roman-fleuve consisting of The Rotters’ Club and The Closed Circle; a touching account of a lonely woman’s life, The Rain before It Falls; a satiric vision of a misguided life, The Terrible Privacy of Maxwell Sim; and a domestic comedy thriller set at the 1958 world’s fair in Brussels, Expo ’58. Moseley explicates these works and discusses the recurring features of Coe’s fiction: political consciousness, a deep artistic concern with the form of fiction, and comedy.