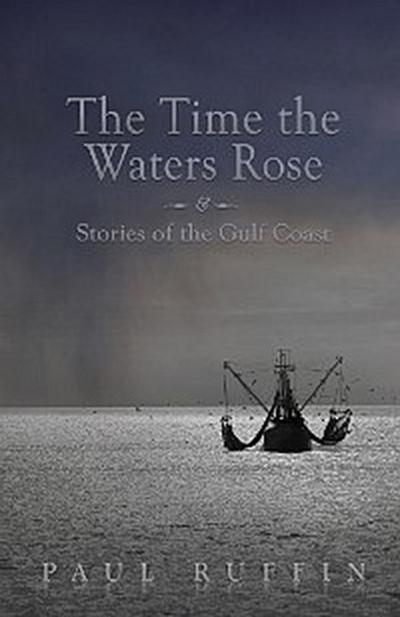 The Time the Waters Rose

A collection of short stories about the rough and sometimes mysterious world of the Gulf coast
Writer Paul Ruffin celebrates the mysteries of the sea in the short story collection The Time the Waters Rose. From shrimp boat captains to shipyard workers, Ruffin’s characters are men who drink, swear, fight, and sometimes kill, but what unifies them is that all-embracing magic of the Gulf coast and the barrier islands. While some are drawn to the Gulf for its mystery, others are there simply to earn a living,and all are unforgettable, from the bawdy, snuff-dipping, rednecks to the land-locked shipbuilder who erects a ship in his suburban backyard to the salty old freethinker aboard The Drag Queen who gives his evangelical shipmate hell for suggesting they say grace before lunch.
The title story, which Ruffin started writing as a ten-year-old bored with traditional Biblical tales, is an irreverent, satirica l retelling of the epic Noah story. All the other tales are set in and around the Mississippi coast, but they are not your typical sea and fishing yarns. While some of the stories may seem far-fetched, they are all drawn from Ruffin’s experiences and are rich with tactile descriptions of the Pascagoula River and its surrounding marshlands, from the sun and shadow play of the open waters to the powerful thunderheads and squalls that arise at a moment’s notice over the islands of the Gulf.