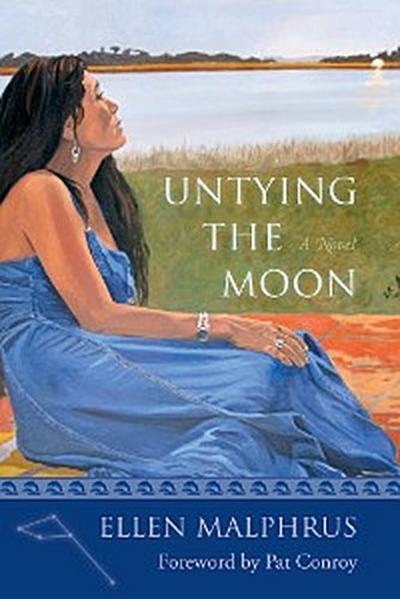 Readers ride shotgun in a ’67 Skylark convertible through blood and bone places in search of the redemptive possibilities of love and home
Bailey Martin is in perpetual motion—a child of the South Carolina lowcountry tides, being pulled to and from a reckoning with destiny. A marine biologist by training and an artist by dedication and talent, Bailey is a woman of contradictions, at once a free-spirited adventurer giving deeply of herself to environmental causes and familial loyalties but also consumed by primal, isolating appetites and dangerous attractions. Restless and troubled, Bailey chafes at her existence, becoming uneasy in her success, her life, and her own skin. Untying the Moon, the debut novel from southern storyteller Ellen Malphrus, is a vibrant tale of self-discovery, approaching the realms of myth and lore as readers ride shotgun with Bailey in Blue Ruby, her ’67 Skylark convertible, from Manhattan down the eastern seaboard, from coastal Carolina to the Alaskan wilderness and back again, all in search of the embrace of love and—finally—of home.
When Bailey trades the freedom of the road for a relationship with Padgett Turner, a Vietnam veteran haunted by his past, she finds the compelling possibility of settling into one place and one relationship. But the weight of Padgett’s emotional scars is too much for either to bear, even together. As Padgett’s darkness escalates, a moment of horrific violence pulls Bailey homeward to the Jericho River of Kirk’s Bluff, South Carolina—a river of dolphins, dreams, and portents. In her lifelong friendship with neighbor Ben Simmons and under the sheltering gaze of her fisherman father, Cecil, and Ben’s parents, George and Retta, Bailey uncovers the healing connections she had been seeking elsewhere and earns her chance at the truest prize of all—a balance between her dedication to her inner life and responsibilities to the outer world.

Recalling the writings of James Dickey, Jack Kerouac, Jack London, Pat Conroy, Mary Alice Monroe, and Lee Smith, Untying the Moon explores the redemptive powers of home, nature, creation, and storytelling itself. With prose that ebbs and flows from the lyrical and lush to the staccato and sparse, Malphrus’s novel is rich with classical allusions and regional folklore, the enrapturing beauty of its settings, a racially and geographically diverse charismatic cast, and all the mystery and magic of fate.