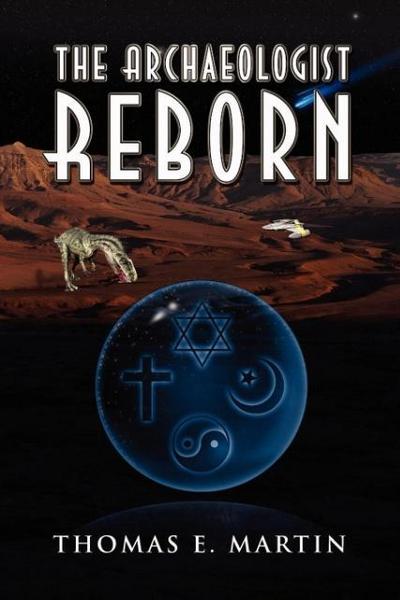 Set in the mid-21st century, The Archaeologist Reborn begins in the mountains of North Carolina, progresses to Washington, D.C., and concludes with some astounding adventures and discoveries on the planet Mars.
John Cayman is a young college professor teaching a graduate level course in interplanetary archaeology. His specialty is forensic anthropology, and he relentlessly pursues his lifelong dream of practicing science on Mars. However, gaining support from his university and the U.S. government has proven to be difficult.

John and his wife, Winona, leave their disappointment behind on a mountain trip, only to experience a frightening brush with an alien spacecraft. John shares his UFO experience with an old acquaintance, who happens to be the highest ranking general in the military. General Carley, a savvy politician and a personal friend of the President, exhibits an unusual interest in John's description of the spaceship.

Finally, John has a significant ally for his Martian quest and he is able to travel to Mars, where he discovers much more than he bargained for, including a domed city filled with humans of all faiths living in harmony. But fate has much more in store for John, as The Archaeologist Reborn is truly reborn in this sci-fi adventure of a lifetime.

About the Author: First-time author Thomas E. Martin is a retired engineer and Vietnam Veteran. He lives in Morristown, Tennessee.