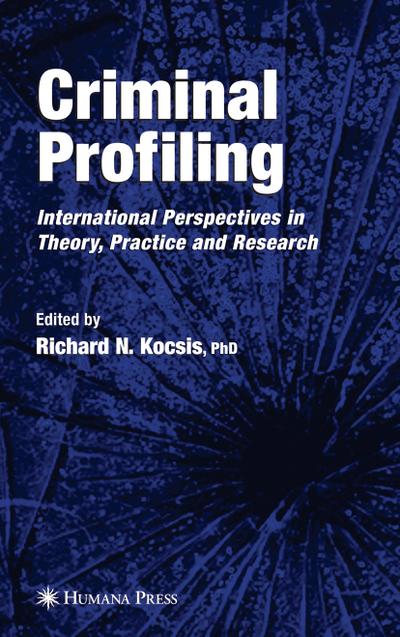 International Perspectives into the Practice and Research of Criminal Profiling Today criminal profiling is no longer viewed as some secretive, mysterious technique that police from the United States of America exc- sively indulge in when seeking to solve high-profile aberrant forms of crime. Although popular culture representations of criminal profiling still mostly favor such depictions by emphasizing this context, the reality is that individuals from a range of occupational and disciplinary backgrounds from around the world are involved in the practice loosely referred to as “criminal profiling. ” Different nomenclature is adopted from time to time to describe essentially the same practice such as “offender profiling,” “psychological profiling,” “pers- ality profiling,” and “crime analysis,” and indeed different techniques are often employed, but nonetheless as an endeavor profiling has expanded both in app- cation and in popularity across the world. Criminal profiling has evolved chiefly because researchers and comm- tators from around the globe have spent many years examining the perpetrators of serious crimes such as murder, rape, and arson. In particular, they have concentrated their efforts on studying the motivations and actions of violent offenders while seeking to document the experiences of both the victims and the perpetrators of crime. Many have also sought to assess the input of inv- tigative experience employed in criminal investigations and the influence of expert witnesses on jury decisions and examined at length the assessment and treatment of the protagonists of crime.

In this book, renowned profiler Dr. Richard Kocsis presents a distinct approach to profiling called Crime Action Profiling or CAP. The volume explains the scope and methodology employed in the studies that the author has undertaken over the past decade and a half. CAP adopts the view that profiling essentially represents a psychological technique that has its foundations in the disciplinary knowledge of forensic psychology.