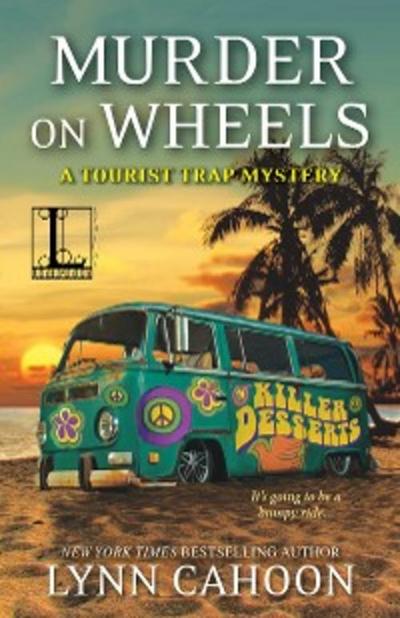 The food truck craze has reached the charming coastal town of South Cove, California, but before Jill Gardnerowner of Coffee, Books, and Morecan sample the eats, she has to shift gears and put the brakes on a killer . . .Now that Kacey Austin has got her new gluten-free dessert truck up and running, theres no curbing her enthusiasmnot even when someone vandalizes the vehicle and steals her recipes. But when Kacey turns up dead on the beach and Jills best friend Sadie becomes the prime suspect, Jill needs to step on it to serve the real killer some just desserts. Praise for The Tourist Trap Mysteries&quoteMurder, dirty politics, pirate lore, and a hot police detective: Guidebook to Murder has it all! A cozy lovers dream come true.&quote Susan McBride, author of The Debutante Dropout Mysteries&quoteLynn Cahoon has created an absorbing, good fun mystery in Mission to Murder.&quote Fresh Fiction

A gourmet food truck runs smack into a killer’s appetite for murder in this small-town California cozy mystery by the New York Times bestselling author.

The food truck craze has reached the charming coastal town of South Cove, California. But bookshop café owner Jill Gardner has her reservations about Kacey Austin and her gluten free dessert truck. The South Cove newcomer appears to have stolen her recipes—not to mention her man—from Jill’s best friend Sadie. And yet, even Jill has to admire Kacey’s positive attitude. Nothing’s going to stop the spirited young woman from speeding toward her dreams…until murder stops her in her tracks.

When Kacey turns up dead on the beach, suspicion immediately falls on Sadie. Could she really have been bitter enough to kill her achingly sweet rival? It’s up to Jill to clear her friends name and put the brakes on the real killer.