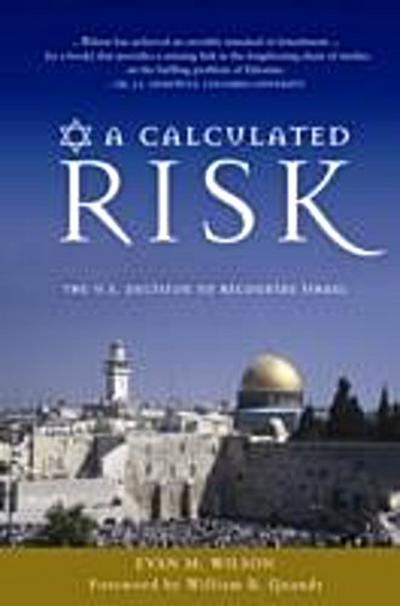 In the aftermath of World War II and the Holocaust, the Truman White House led the effort to establish the state of Israel. But, was it inevitable that the U.S. would endorse the concept of a Jewish state? Was U.S. policy entirely pro-Jewish? To what extent did the State Department influence Presidents Roosevelt and Truman in regard to Palestine? How aware were the two presidents of the probable consequences of their decisions about the Middle East?
A Calculated Risk explores these questions and more. It examines the intricate international diplomacy that helped pave the way for the creation of the Jewish state and evaluates the conflicting pressures brought to bear on the U.S. with respect to the Palestine question, and specifically the recognition of Israel, from 1942-1948. Impartial, well researched, and highly readable, it tells the complete story of the balancing act that changed the geopolitical landscape in the Middle East.