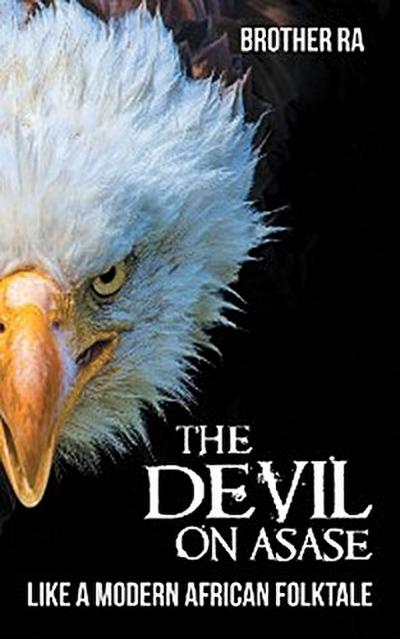 The Devil on Asase

Millions of years ago, the Queen of Orion and her Seraphim children arrived on the planet Asase to seed it with plant and animal life that included evolving hominids. Unfortunately misfortune has now befallen the Osono clan of Asase. After locusts descend and destroy the townships crops, a strange sickness sends five people of the clan to their graves within hours of falling ill.
Now as the entire clan lives in fear of this new and dark phenomenon, tribesman Kwaku Ananse who has lost his only son to the sicknessheads to the oracle of the god of the clan to determine the cause of the menace that is bringing a series of tragedies to his people. When he discovers it is the Devil who is bringing strife, Kwaku decides to enter the forbidden forest to face the Evil One and see which one of them perishes. Will he return with the head of the Devil in his hands or will he make the ultimate sacrifice in a desperate effort to save his people?

In this modern African folktale, a tribesman travels deep into a forbidden forest to confront the Devil in an attempt to save his people from a series of misfortunes.