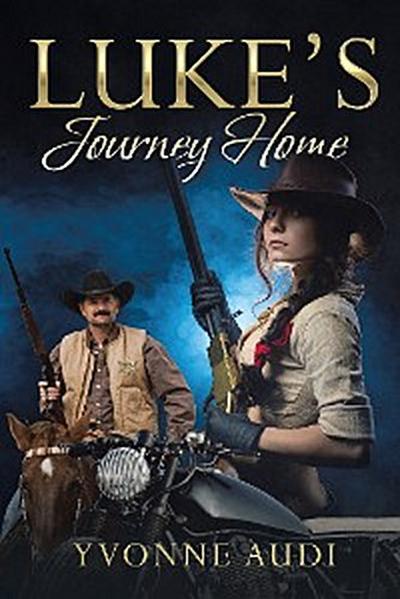 In the 1880s, Luke Middleton is the brave sheriff of Custer City, South Dakota. While stopping some robbers, hes shot in the line of duty. Dying in the dirt, he makes a plea for divine intervention. Hes not ready to die, and he certainly doesnt deserve to be killed at the hands of such cowardly criminals. Imagine his surprise when he wakes up later.Present-day Custer City deputy Jenna Reynolds patrols the town during the Sturgis motorcycle rally. Shes on the prowl for bikers causing trouble when she discovers a body with fresh gunshot wounds by the local church. Is the mysterious man a victim or perpetrator? Jenna soon starts to unravel a mystery that gives her more questions than answers.
It seems her victims name is Luke, and hes a time traveler. Shot over a century ago, Luke wakes to the modern world and must adjust to his new surroundings. With Jennas help, he searches for the robbers lost treasure, rights a wrong done to his family, and finds unexpected love in the woman who saved him. His deeds done, will Luke return to his own time or remain at Jennas side to become a lawman of the future?