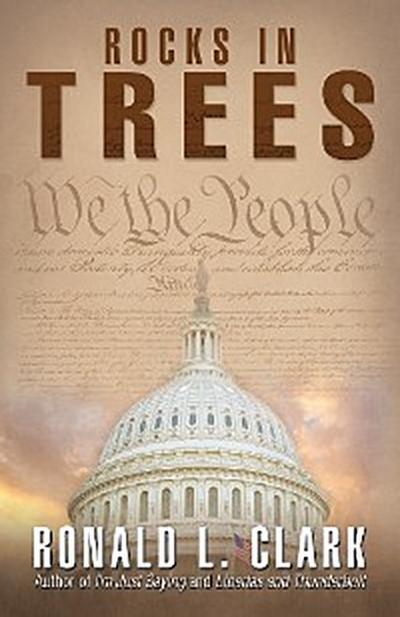 In an old growth forest, located in south central Indiana, stands a stately oak tree alongside a meandering brook named Plumb Creek. In the upper branches of this tree is a sizable rock estimated to be in the 500-pound range. How this terrestrial interloper defied gravity and got stuck up in a tree no one knows. One thing is known for sure, rocks dont belong in the tops of trees, they belong on the ground with their brother and sister rocks.
This rock in the top of a tree has suggested a metaphor about the human condition of people who also find themselves in places where they shouldnt be. These out-of-place people can best be described as contrarians who consider themselves to be sovereign individuals.

Rocks in Trees tells a story about Thaddeus Jones, a guy who always questions why things are the way they are, and his one friend in the world, Roger Barnabas, best known as Rajah. The two young contrarians undertake a Quixotic mission to rid sovereign mankind from freedom-smothering government that then can result in a utopic commonwealth of man.