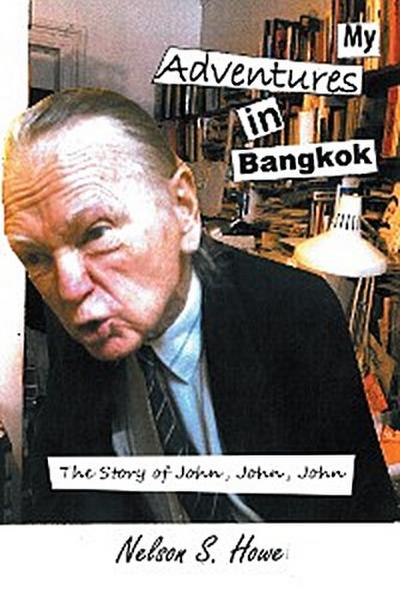 My Adventures in Bangkok

The story begins when Nelson stars in the YouTube video BKK 1st Time (Bangkok First Time), produced by his friend Benz, a Thai videographer. The script is about cursing, common in Thailand. Nelson follows the script, and to his amazement, the show goes viral, with over four million hits!
Seventy-seven-year-old Nelson suddenly finds himself a celebrity in Bangkok. He is mobbed by viewers of the video who address him as John, John, John, Nelson? when they approach him for selfies. This is only slightly less bewildering than the bows from hotel personnel whenever hes entering or leaving the lobby. As a celebrity, he finds himself in a new world halfway around the planet, enjoying adventures he could not have imagined and living a life beyond his wildest dreams. Thousands pour into the National Book Fair to meet him and obtain his autograph.

Nelsons life in Bangkok, on camera and off, is filled with crazy adventures and hilarious stories. The unforeseen and the extraordinary became everyday experiences. These wild stories could only have happened in Bangkok. Complete with the authors cartoons, this volume is part memoir, part hilarious accounts of an American abroad and partly a love letter to the vast planet of his new friends.