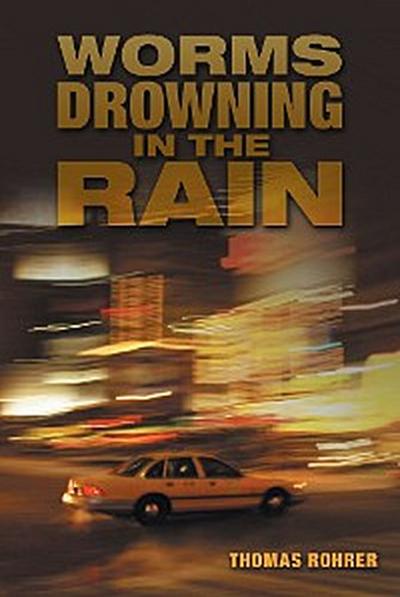 Worms Drowning in the Rain

A dysfunctional childhood, Catholic school, and Navy stint dont help a young man through a recession and changing times, and he hops a bus without money or plans just to escape. He fixes up a cabin, clears the land, and gets to know his animal and human neighbors. Its a reprieve, however, because tooth and claw abound everywhere.
As his journey leads him back to New York in the 1980s, Calvin realizes he is not prepared for the challenges lurking in the shadows. Despite landing on his feet in the city, he feels trapped again and looks for a way out. He wonders if his goal of being a writer is a waste of time, and his unpredictable story comes full circle.

Worms Drowning in the Rain shares the poignant tale of a young mans trip through early adulthood as he searches for his identity in a place where nothing is certain.