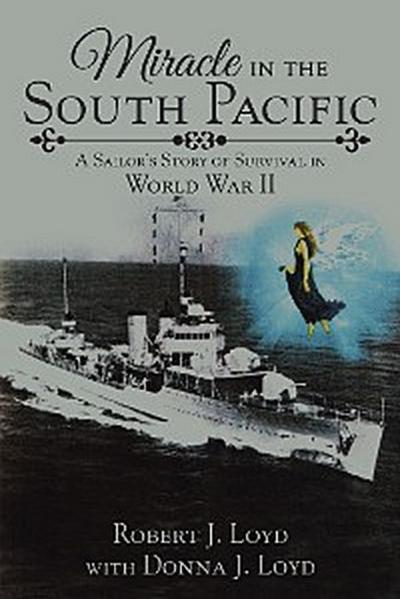 Miracle in the South Pacific

In 1943, Robert Loyd was a sixteen-year-old without a drivers license or a car who had just moved to St. Louis from the countryside. The Uncle Sam Wants You! posters hanging in every public building enticed him to lie about his age and join the fight. After graduating from the program at Farragut Naval Training Station, he was assigned to overhauling the USS Dewey, a destroyer, in Bremerton, Washington. When the Dewey was deemed seaworthy, his group received orders to join the Third Fleet in the Pacific and arrived in Honolulu in October 1943.The next months were spent in and around Ulithi atoll in the Western Caroline Islands, protecting and escorting the fleets carriers, tankers, and cruisers. In December 1944, the Dewey weathered a powerful typhoon, her crew lashed to their bunks or to stanchions, as the ship was tossed by winds and rain and finally righted itself after an eighty-degree roll.
After repairs, the ship rejoined the fleet in February 1945 and supported the invasion of Iwo Jima. The Dewey was decommissioned in October 1945, and the author returned to civilian life in May 1946.