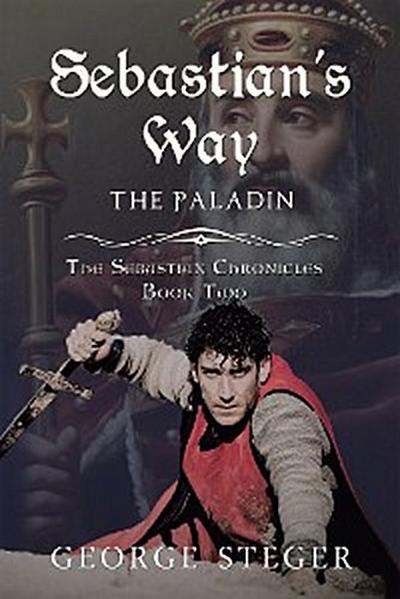 HE'S FOUGHT FOR HIS LANDS, HIS MARRIAGE, AND HIS KING. THE FIGHT FOR HIS SOUL IS JUST BEGINNING.
"He's alive." With these two words, the world as Sebastian knows it will never be the same. The news that his cousin Konrad—his sworn enemy and abusive first husband of his beloved wife Adela—means that his marriage is no longer valid. Even the high king Charlemagne cannot challenge the decision of a powerful emerging Church. Sebastian can do nothing but watch as the love of his life enters a convent.

This epic tale of love and honor sweeps the reader back into the fascinating 9th century world of the incomparable Charlemagne. No mere military account of conquests and battles, this is a rich, well-rounded period drama and an authentic recreation of the early medieval world. Book I of this three-volume series was highly recommended by the Historical Novel Society. The second novel does not disappoint, as the hero is sent from the king’s Rhineland court to three preeminent capitals of the 9th-century medieval world: Constantinople, Jerusalem, and Baghdad. Through his courage under pressure, original ideas, and steadfast service to the king Sebastian has become one of Charlemagne’s twelve paladins, a high honor, but the cost is also high. He loses his beloved wife and family, becomes entangled with other beautiful women, and is submerged into a foreign world of intrigue and betrayal. Becoming a paladin changes Sebastian from a young man of faith and character into a hard-bitten warrior in a ruthless world. Thus the latter part of the novel presents a swirling adventure but also a parable of the ruin and redemption of a professional soldier.