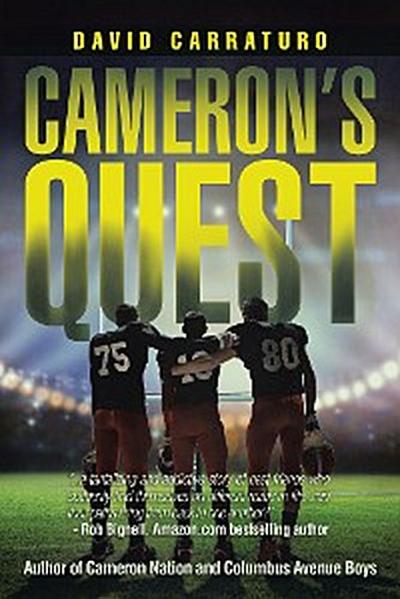 Tuckahoes Golden Boy Chris Cameron had his future all mapped out. He was the big fish in the small pond as a star athlete and academic standout. Off to the University of Texas to play football, he was on track to make his Italian-American mother and Irish father proud.His two blood brothers chose different paths. Soon after high school, Sal Esposito and Tony Albanese were swept into the life of organized crime. Imposing figures, the pair assisted with strong-armed activities for their capo. Away from that life, Cameron periodically returned to his neighborhood roots to assist his blood brothers in retribution and risk his promising future to avenge violent threats to his lifelong bond.
Filled with suspense and character twists, Camerons Quest is set in the 1980s and relives a time when an Italian-American familys Sunday dinner table was the only setting needed for therapy sessions, interrogations, judgment, and jury for any punishment. This novel reminisces about the Mets championship season, Reagonomics, John Gottis underworld reign, and the pop culture of the time.