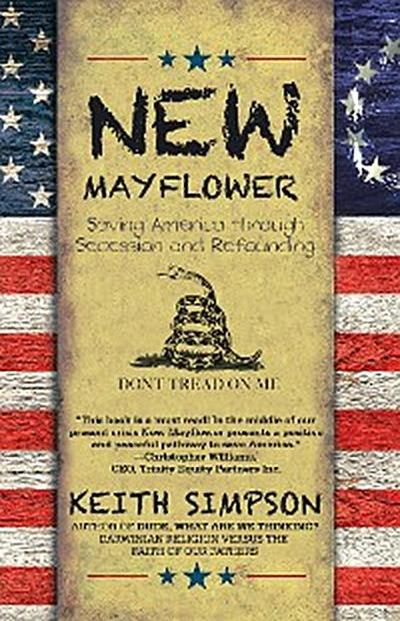 The United States of America is similar to a computer: At one time, its hardware was new, its software worked well, and users respected the system.
But the hardware has aged, malware has infected its circuits, and users have run amok. The entire country is locking up and crashing.

Theres only one solution: We must reboot the systemand we must do it now.

Keith Simpson, a Navy veteran and former airline captain and labor union leader, shares a bold treatise that will bring the nation back to its previous glory in New Mayflower.

Its not another rant focusing on whats wrong with the United States. It includes keen insights that are proactive, daring, disarming, and dangerous all at the same timeas well as the proposed text for several amendments that would restore the Constitution.

At one time, our country was defined by freedom, prosperity, moral decency, and spiritual faith. Join the author as he looks to the Pilgrims, Founding Fathers, and some of our greatest statesmen and stateswomen to discover how we can get it back.