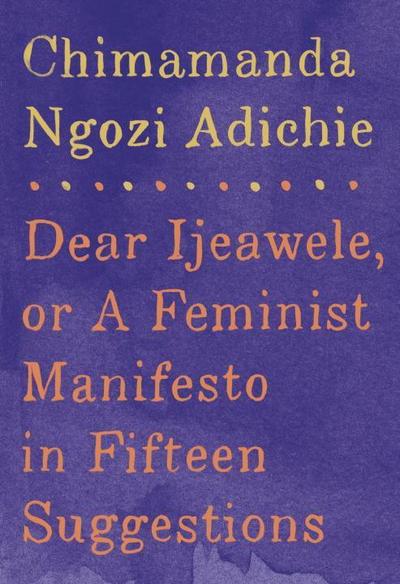 Dear Ijeawele, or A Feminist Manifesto in Fifteen Suggestions

Chimamanda Ngozi Adichie grew up in Nigeria. Her work has been translated into thirty languages and has appeared in various publications, including The New Yorker, The New York Times, Granta, The O. Henry Prize Stories, Financial Times, and Zoetrope: All-Story. She is the author of the novels Purple Hibiscus, which won the Commonwealth Writers Prize and the Hurston/Wright Legacy Award; Half of a Yellow Sun, which was the recipient of the Women s Prize for Fiction Winner of Winners award; Americanah, which won the National Book Critics Circle Award; the story collection The Thing Around Your Neck; and the essays We Should All Be Feminists and Dear Ijeawele, or A Feminist Manifesto in Fifteen Suggestions, both national bestsellers. A recipient of a MacArthur Fellowship, she divides her time between the United States and Nigeria.
The award-winning, bestselling author of We Should All Be Feminists and Americanah gives us this powerful statement about feminism today written as a letter to a friend.

A few years ago, Chimamanda Ngozi Adichie received a letter from a childhood friend, a new mother who wanted to know how to raise her baby girl to be a feminist. Dear Ijeawele is Adichie s letter of response: fifteen invaluable suggestions direct, wryly funny, and perceptive for how to empower a daughter to become a strong, independent woman. Filled with compassionate guidance and advice, it gets right to the heart of sexual politics in the twenty-first century, and starts a new and urgently needed conversation about what it really means to be a woman today.

A Skimm Reads Pick An NPR Best Book of the Year