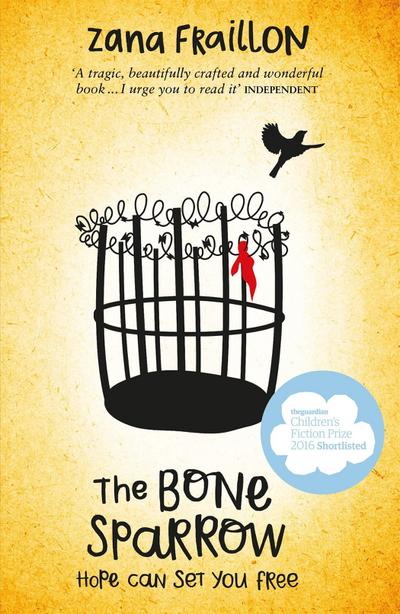 Zana Fraillon was born in Naarm (Melbourne) Australia but spent her early childhood in San Francisco. As a child Zana always had her head in a book. This could have been because she was 8 years-old before anyone realized that she was incredibly near-sighted and probably couldn't see anything further away than the words in a book. But regardless of its origins, her love of reading has remained central to her life and work. 'I grew up in a house that had a whole room full of books and comfy chairs and this was my favourite place to be.'
Zana studied history at university before training to be a primary school teacher and both these passions influence her approach to writing. Through meticulous research she has also discovered that it is essential to eat copious amounts of chocolate in order to write anything at all.

Zana has written two picture books for young children, a series for middle readers and a fictitious book for older readers based on research and recounts of survivors of the Forgotten Generation.

She lives in Naarm with her three children, partner and two dogs and still always has her head in a book, despite now using glasses to see anything further away. When Zana isn't reading or writing, she likes to explore the museums and hidden passageways scattered across Naarm. They provide the same excitement as that moment before opening a new book - preparing to step into the unknown where a whole world of possibilities awaits.

Winner of the CILIP Amnesty Honour 2017.
Shortlisted for the Guardian Children's Fiction Prize and the CILIP Carnegie Medal 2017.

Perfect for fans of THE BOY IN THE STRIPED PYJAMAS. This is a beautiful, vivid and deeply moving story about a refugee boy who has spent his entire life living in a detention centre. This novel reminds us all of the importance of freedom, hope, and the power of a story to speak for anyone who's ever struggled to find a safe home.

'...a special book' - Morris Gleitzman, author of the acclaimed ONCE series

Born in a refugee camp, all Subhi knows of the world is that he's at least 19 fence diamonds high, the nice Jackets never stay long, and at night he dreams that the sea finds its way to his tent, bringing with it unusual treasures. And one day it brings him Jimmie.

Carrying a notebook that she's unable to read and wearing a sparrow made out of bone around her neck - both talismans of her family's past and the mother she's lost - Jimmie strikes up an unlikely friendship with Subhi beyond the fence.

As he reads aloud the tale of how Jimmie's family came to be, both children discover the importance of their own stories in writing their futures.

Shortlisted for the Guardian Children's Fiction Prize and the CILIP Carnegie Medal 2017.

Perfect for fans of THE BOY IN THE STRIPED PYJAMAS. A deeply moving story about a refugee boy who has spent his entire life living in a detention centre.