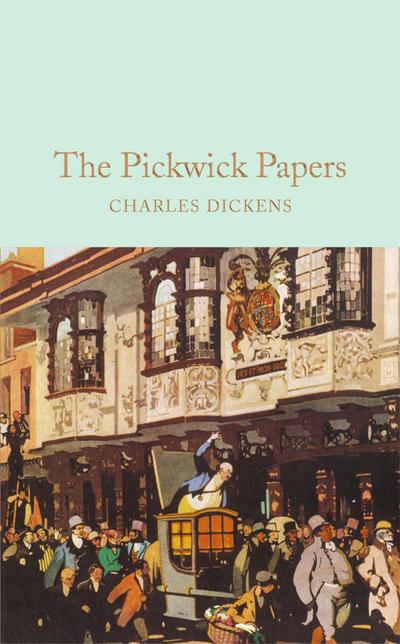 Dickens, Charles
Charles Dickens was born in 1812 near Portsmouth, where his father worked as a clerk. Living in London in 1824, Dickens was sent by his family to work in a blacking-warehouse, and his father was arrested and imprisoned for debt. Fortunes improved and Dickens returned to school, eventually becoming a parliamentary reporter. His first piece of fiction was published by a magazine in December 1832, and by 1836 he had begun his first novel, The Pickwick Papers. He focused his career on writing, completing fourteen highly successful novels, as well as penning journalism, shorter fiction and travel books. He died in 1870.
In The Pickwick Papers we are introduced not just to one of the greatest writers in the English language, but to some of fiction's most endearing and memorable characters, starting with the 'illustrious, immortal and colossal-minded' Samuel Pickwick himself. It is a rollicking tour de force through an England on the brink of the Victorian era. Reform of government, justice and commercial life are imminent, as are rail travel, social convulsion and the death of deference, but Pickwick sails through on a tide of delirious adventure, fortifying us for the future - whatever it might throw at us.

This Macmillan Collector's Library edition is illustrated by H. K. Browne ('Phiz'), with an afterword by Ned Halley.