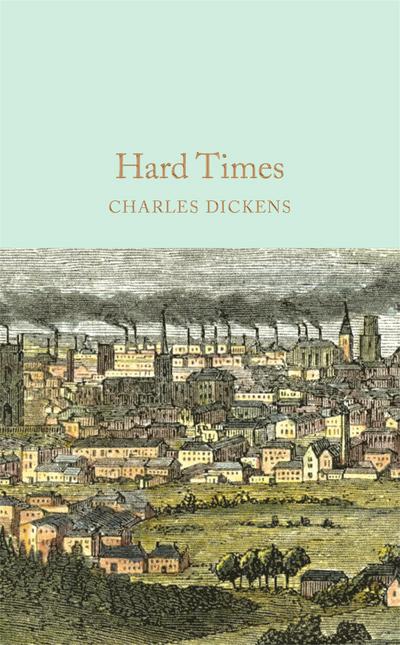 Dickens, CharlesCharles Dickens was born in 1812 near Portsmouth, where his father worked as a clerk. Living in London in 1824, Dickens was sent by his family to work in a blacking-warehouse, and his father was arrested and imprisoned for debt. Fortunes improved and Dickens returned to school, eventually becoming a parliamentary reporter. His first piece of fiction was published by a magazine in December 1832, and by 1836 he had begun his first novel, The Pickwick Papers. He focused his career on writing, completing fourteen highly successful novels, as well as penning journalism, shorter fiction and travel books. He died in 1870.

A novel of social and moral themes, Hard Times is the archetypal Dickens novel, filled with family difficulties, estrangement, rotten values and unhappiness. Published in 1854, it is set in the imaginary Coketown, an industrial city inspired by Preston, and tells the story of the family of Thomas Gradgrind, a man obsessed with misguided 'Utilitarian' values that make him trust facts, statistics and practicality over emotion. Based on James Mill (the Utilitarian leader), Gradgrind raises his own children, Louisa and Tom, in line with these same views, forcing an artless existence on them. Contemporary critics such as Macaulay savaged the book for its supposed 'sullen socialism' but it has become well regarded since earning the favour of George Bernard Shaw.

This Macmillan Collector's Library edition is illustrated by Harry French, with an afterword by David Stuart Davies.