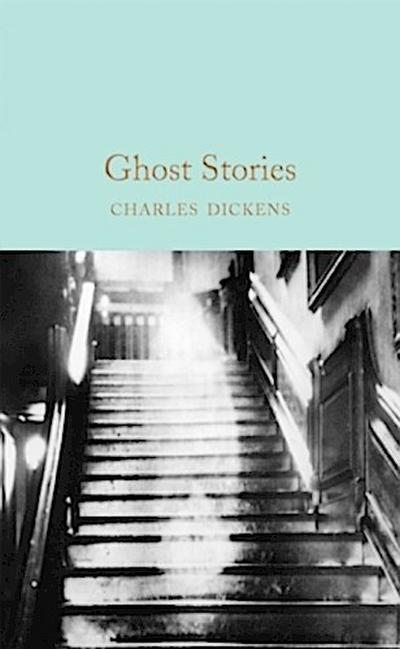 Bringing together all Charles Dickens' ghost stories - twenty in all - including several longer tales. Here are chilling histories of coincidence, insanity and revenge. To paraphrase Joe in The Pickwick Papers: Charles Dickens 'wants to make your flesh creep'.

Part of the Macmillan Collector's Library; a series of stunning, clothbound, pocket-sized classics with gold foiled edges and ribbon markers. These beautiful books make perfect gifts or a treat for any book lover. Ghost Stories is illustrated by various artists, with an afterword by David Stuart Davies.

Throughout his illustrious writing career, Dickens often turned his hand to fashioning short pieces of ghostly fiction. Even in his first successful work, The Pickwick Papers, you will find five ghost stories, all of which are included in this collection. Dickens began the tradition of 'the ghost story at Christmas', and many of his tales in this genre are presented here, including the brilliant novella 'The Haunted Man and the Ghost's Bargain', which deserves to be as well-known as A Christmas Carol.

While all his supernatural tales aim to send a shiver down the spine, they are not without the usual traits of Dickens' flamboyant style: his subtle wit, biting irony, humorous incidents and moral observations. It is a mixture that makes these stories fascinating and entertaining as well as unsettling.