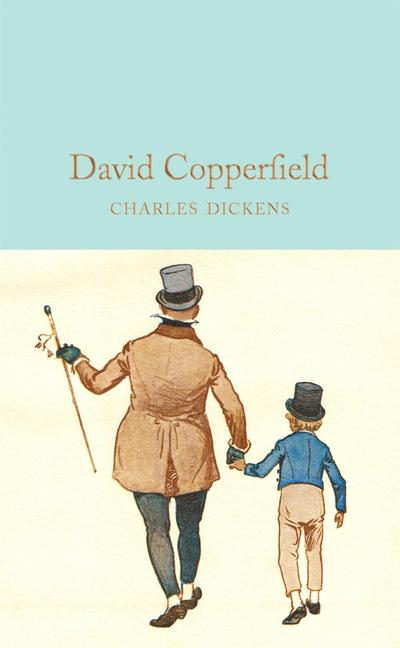 Dickens, CharlesCharles Dickens was born in 1812 near Portsmouth, where his father worked as a clerk. Living in London in 1824, Dickens was sent by his family to work in a blacking-warehouse, and his father was arrested and imprisoned for debt. Fortunes improved and Dickens returned to school, eventually becoming a parliamentary reporter. His first piece of fiction was published by a magazine in December 1832, and by 1836 he had begun his first novel, The Pickwick Papers. He focused his career on writing, completing fourteen highly successful novels, as well as penning journalism, shorter fiction and travel books. He died in 1870.

In one of his most energetic and enjoyable novels, Charles Dickens tells the life story of David Copperfield, from his birth in Suffolk, through the various struggles of his childhood, to his successful career as a novelist.

Part of the Macmillan Collector's Library; a series of stunning, clothbound, pocket sized classics with gold foiled edges and ribbon markers. These beautiful books make perfect gifts or a treat for any book lover. This edition of David Copperfield features original illustrations by H. K. Browne 'Phiz', with an afterword by Sam Gilpin.

Dickens' early scenes are particularly masterful, depicting the world as seen from the perspective of a fatherless small boy, whose idyllic life with his mother is ruined when she marries again, this time to a domineering and cruel man. David Copperfield is partly modelled on Dickens' own experiences, and one of the great joys of the book lies in its outlandish cast of characters, which includes the glamorous Steerforth, the cheerful, verbose Mr Micawber, the villainous Uriah Heep, and David's eccentric aunt, Betsey Trotwood. Dickens described it as his 'favourite child' among his novels and it is easy to see why.