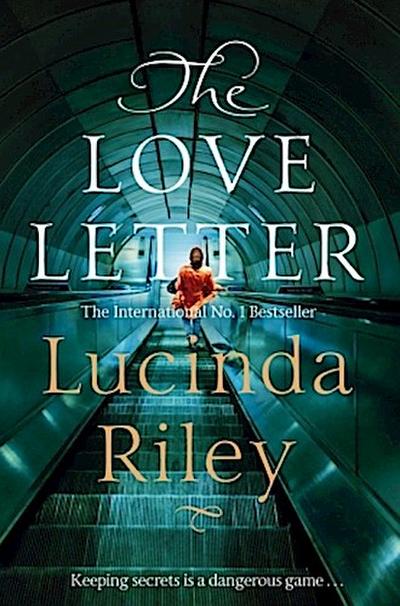 Lucinda Riley was born in 1965 in Ireland, and after an early career as an actress in film, theatre and television, wrote her first book aged twenty-four. Her books have been translated into thirty-seven languages and continue to strike an emotional chord with all cultures around the world. The Seven Sisters series specifically has become a global phenomenon, creating its own genre, and there are plans to create a seven-season TV series.

Her books have been nominated for numerous awards, including the Italian Bancarella prize, The Lovely Books award in Germany, and the Romantic Novel of the Year award. In 2020 she received the Dutch Platinum award for sales over 300,000 copies for a single novel in one year - an award last won by J K Rowling for Harry Potter.

In collaboration with her son Harry Whittaker, she also devised a series of books for children called the Guardian Angels series, based on stories told to her children whenever they were facing a challenging situation. Harry then wrote the books, and they are now being published internationally.

Though she brought up her four children mostly in Norfolk in England, in 2015 she fulfilled her dream of buying a remote farmhouse in West Cork, Ireland, which she always felt was her spiritual home, and indeed this was where her last five books were written.

Lucinda was diagnosed with cancer in 2017 and died on June 11th 2021, surrounded by her family.

The Love Letter is a thrilling novel full of secrets, lies and unforgettable twists, from bestselling author of The Seven Sisters, Lucinda Riley.

Keeping secrets is a dangerous game . . .

1995, London.
When Sir James Harrison, one the greatest actors of his generation, passes away at the age of ninety-five he leaves behind not just a heartbroken family but also a secret so shocking, so devastating that it could rock the English establishment to its core . . .

Joanna Haslam is an ambitious young journalist, assigned to cover the legendary actor's funeral. The great and the good of the celebrity world are there. But Joanna stumbles on something dark beneath the glamour: the mention of a letter James Harrison has left behind, the contents of which others have been desperate to conceal for over seventy years. As she peels back the veil of lies that has shrouded the secret, she realizes that there are other forces attempting to prevent her from discovering the truth. And they'll stop at nothing to reach the letter before she does.

'Travel back to 90s London with this expose of dark secrets among the members of the English top drawer. Perfect summer escapism, with twists galore.' - Best Magazine

*This title was originally published as Seeing Double. It is available in the US as The Royal Secret*