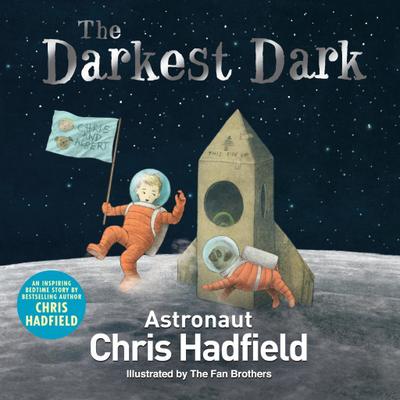 Chris Hadfield is one of the most seasoned and accomplished astronauts in the world. The top graduate of the U.S. Air Force test pilot school in 1988 and U.S. Navy test pilot of the year in 1991, Colonel Hadfield was selected to be an astronaut in 1992. He was CAPCOM for twenty-five shuttle launches and served as Director of NASA Operations in Star City, Russia from 2001-2003, Chief of Robotics at the Johnson Space Center in Houston from 2003-2006, and Chief of International Space Station Operations from 2006-2008. Hadfield served as Commander of the International Space Station where, while conducting a record-setting number of scientific experiments and overseeing an emergency spacewalk, he gained worldwide acclaim for his breathtaking photographs and educational videos about life in space. His music video, a zero gravity version of David Bowie's 'Space Oddity' received over 10 million views in its first three days online. His TED talk has been viewed over four million times and he judged the BBC TV series Astronauts: Do You Have What It Takes? Chris Hadfield's book, An Astronaut's Guide to Life on Earth, sees his lessons learnt in space applied to life on Earth. He is also the author of You Are Here, a book of breathtaking photos taken from space, and The Darkest Dark - his first ever children's picture book.
Young Chris is an astronaut. A very busy astronaut. Saving the planet from aliens is much more important than taking baths or going to bed. Because at bedtime the worst sort of alien appears - darkness. But when Chris watches the first moon landing on TV, he discovers that there is a dark out in Space that is much darker than he's used to. It's the darkest dark ever, and he realizes that the unknown can be . . . exciting!
A wonderfully warm and engaging picture book based on the inspiring, real life events of Astronaut Chris Hadfield, and how he overcame his fears to fulfil his childhood dream - to explore Space!