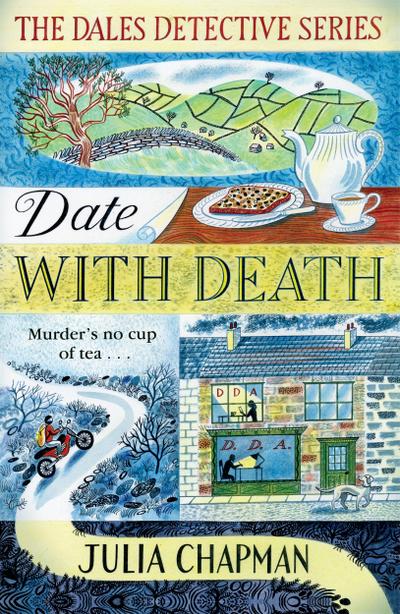 Julia Chapman is the pseudonym of Julia Stagg, who has had five novels, the Fogas Chronicles set in the French Pyrenees, published by Hodder. She is also the author of the Dales Detective series which follows the adventures of Samson O'Brien and Delilah Metcalfe as they solve cases in the Yorkshire Dales.

Julia Chapman is the pseudonym of Julia Stagg, author of the Fogas Chronicles set in the French Pyrenees.

Born with a wanderlust that keeps her moving, Julia has followed her restless feet to Japan, Australia, the USA and France. She spent the majority of that time as a teacher of English as a Foreign Language but also dabbled in bookselling, pawnbroking, waitressing and was once 'checkout-chick of the month' at a supermarket in South Australia. She also ran an auberge in the French Pyrenees for six years with her husband.

Having spent many years wandering, she is now glad to call the Yorkshire Dales home, its distinctive landscape and way of life providing the setting for her latest set of novels, the Dales Detective series.

Samson O'Brien has been dismissed from the police force, and returns to his hometown of Bruncliffe in the Yorkshire Dales to set up the Dales Detective Agency while he fights to clear his name. However, the people of Bruncliffe aren't that welcoming to a man they see as trouble.

Delilah Metcalfe, meanwhile, is struggling to keep her business, the Dales Dating Agency, afloat - as well as trying to control her wayward Weimaraner dog, Tolpuddle. Then when Samson gets his first case, investigating the supposed suicide of a local man, things take an unexpected turn, and soon he discovers a trail of deaths that lead back to the door of Delilah's agency.

With suspicion hanging over someone they both care for, the two feuding neighbours soon realize that they need to work together to solve the mystery of the dating deaths. But working together is easier said than done . . .