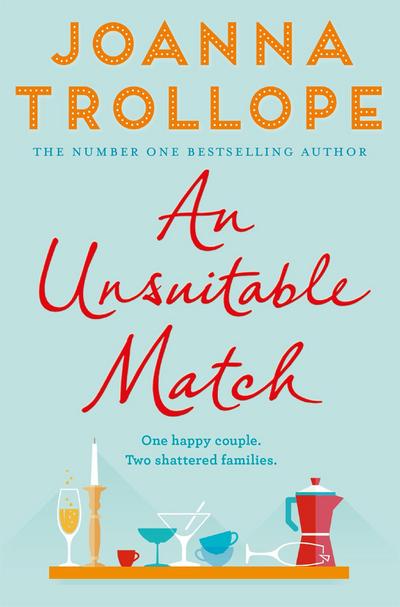 Joanna Trollope is the author of many highly acclaimed and bestselling novels, including The Rector's Wife, Marrying the Mistress, Daughters in Law and City of Friends. She was appointed OBE in 1996, and a trustee of the National Literacy Trust in in 2012. She has chaired the Whitbread and Orange Awards, as well as being a judge of many other literature prizes; she has been part of two DCMS panels on public libraries and is patron of numerous charities, including Meningitis Now, and Chawton House Library. In 2014, she updated Jane Austen's Sense and Sensibility as the opening novel in the Austen Project.

An Unsuitable Match, by number one bestselling author Joanna Trollope, is an uplifting story of love, family and second chances.

'Why on earth, after all you've been through, all you've survived, all you've achieved, why do you want to get married?'

Rose Woodrowe has just got engaged to Tyler Masson - a wonderful, sensitive man who is head-over-heels in love with her. The only problem? This isn't the first time for either of them, and their five grown-up children have strong opinions on the matter . . .

Who to listen to? Who to please? Rose and Tyler are determined to get it right this time, but in trying to make everyone happy, can they ever be happy themselves?

Two families. One proposal. A decision that could pull them apart. A novel about love, family and second chances from the number one bestselling author of City of Friends.